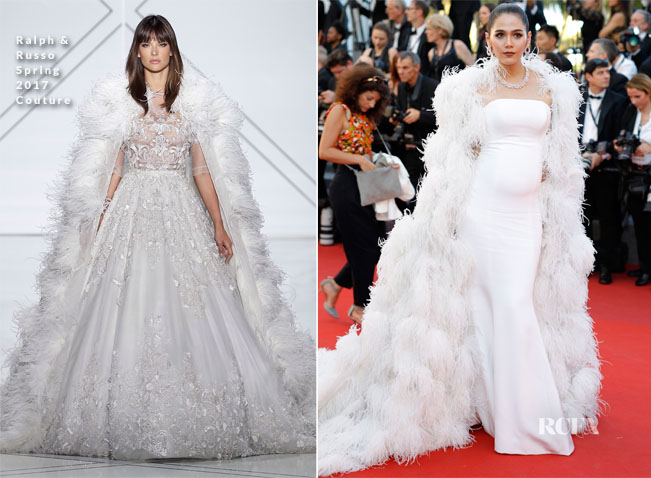 Araya A. Hargate was also in attendance for the opening ceremony and premiere of ‘Ismael’s Ghosts (Les Fantomes d’Ismael)’ at the 2017 Cannes Film Festival on Wednesday (May 17).

Given the relative simplicity of the dress, the charismatic extravagance and whimsical movement of the furry, feathery cape brought plenty of delightful drama.

Araya A. Hargate Takes A Selfie In Jacqu...

Posted by Rachel Watkins on May 17, 2017 In: Araya A. Hargate, Cannes Film Festival, Premiere, Ralph & Russo, Runway To Red Carpet