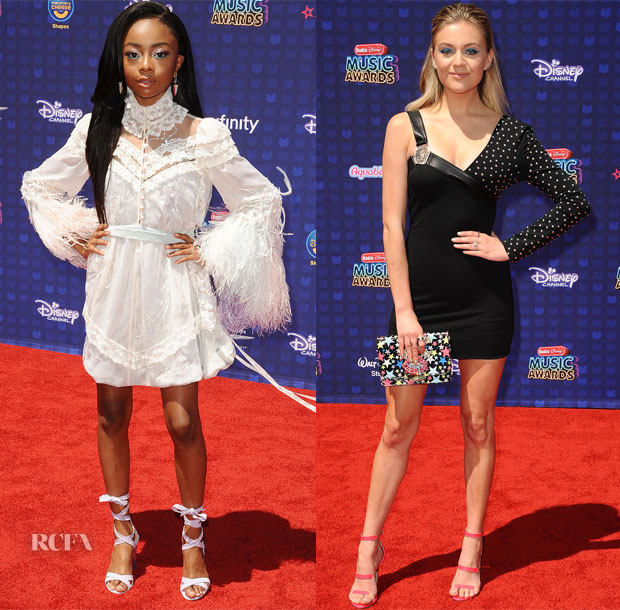 A range of young starlets came out for the 2017 Radio Disney Music Awards on Saturday (April 29) in LA.

Skai Jackson: While Skai has impressed with her youthfully exuberant style, this Marc Jacobs Spring 2017 lace frock was a bit too overachieving for its own good. At first I blamed the feathered sleeves, but I think it was the neck piece that sent the dress into an overwrought Victoriana spirit.

Kelsea Ballerini: This sexy little Versus Versace Fall 2016 number had all the hallmarks of the brand with its body-con silhouette and edgy hardware. She attempted to bring some youthful fun to the sultriness of the look with a star-studded clutch, a LEGEND AMRAPALI Surya triple spike ring and bubblegum-pink Tamara Mellon ‘Frontline’ sandals. 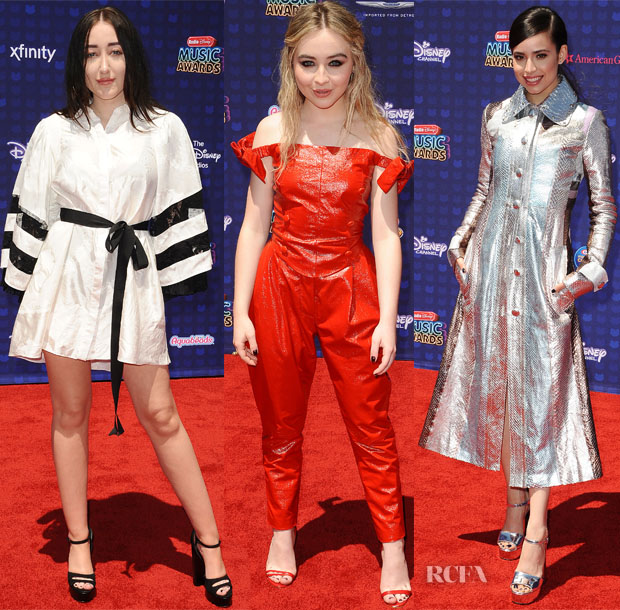 Noah Cyrus: This robe-like Adam Lippes Spring 2017 look could have held potential had it been properly steamed and styled with a sleeker, more sophisticated bun.

Sabrina Carpenter: Sabrina wore a shimmery red Vivetta jumpsuit with Aldo shoes and Sarah Hendler jewels. The buttons and bows kept the look lighthearted, but it was her heavy makeup that weighed down the look and aged the young starlet.

Sofia Carson: I wish Sofia had removed the silver, snakeskin trench to show what she was wearing underneath. As presented, the reflective metallic moment is giving me strong fall vibes—as well as strong baking foil vibes.

I have a hard time raising my hand in full support of any of these looks. What about you?