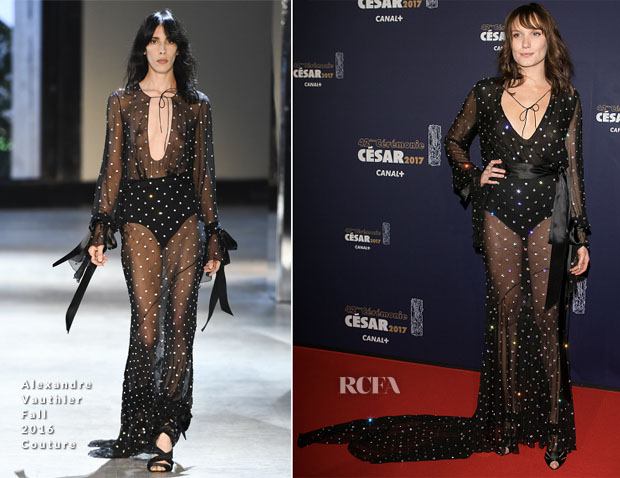 Some might say her Alexandre Vauthier Fall 2016 Couture sheer gown leaves a lot to be desired, but the magpie in me is drawn to those sparkling accents.

The fact that Ana’s presents this look in such a relax manner, no makeup and natural tresses makes me feel less perturbed by the fact that I can see her knickers.