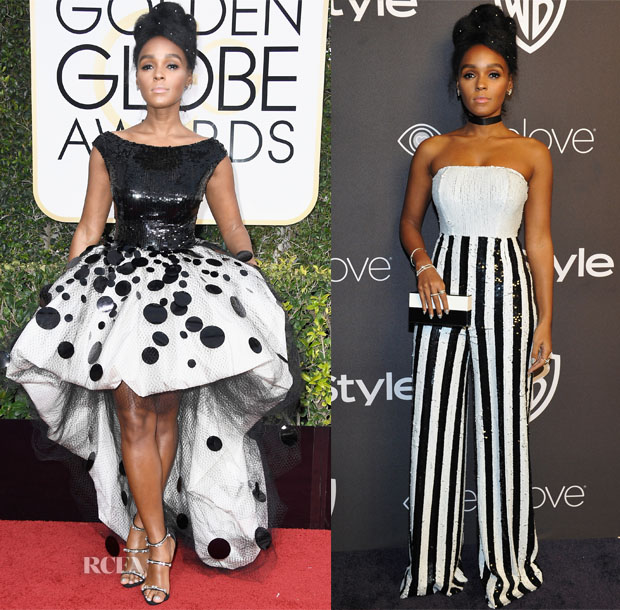 Janelle Monae attended her first Golden Globe Awards on January 8 at The Beverly Hilton Hotel in California. And the singer-actress made sure to make a splash on the red carpet.

Golden Globe Awards: By now, we can eagerly anticipate the ‘Moonlight’ star’s black-and-white uniform, but her custom Armani Prive design had nothing standard, or predictable, about it. The spirited high-low gown was nothing if not fun, speckled in black polka dots caught in a flurry of netting surrounding the voluminous skirt. It was certainly one of a kind, just like Janelle. You might recognize those polka dots as inspired from Armani Prive’s Fall 2014 Couture show, where they first appeared.

Golden Globes Party: Keeping her pearl-studded beehive ’do, she changed into a sparkly, sequin Georges Chakra jumpsuit. The elongating, vertical black and white stripes made the petite star’s legs look a mile long.