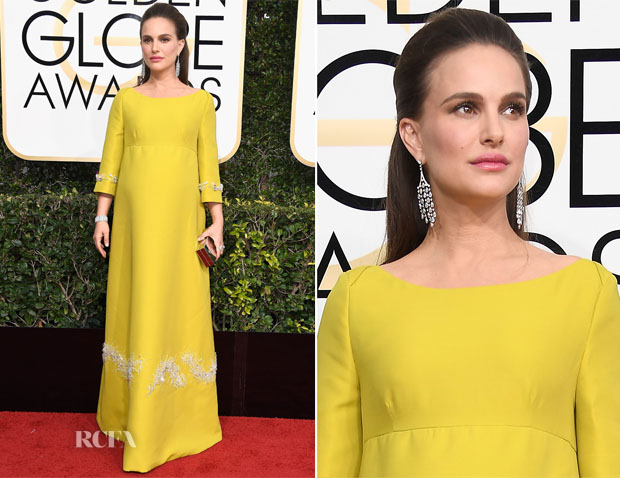 Natalie Portman joined the list of nominees at the 2017 Golden Globe Awards on Sunday (January 8) at The Beverly Hilton Hotel in California.

The ‘Jackie’ actress has been receiving much praise for her uncanny resemblance to Jackie Kennedy in the biopic. And, she was certainly in a Jackie O mood for the Globes, as it was clear that she was channeling the style icon on the red carpet—even with her maternity look.

Opting to not wear her go-to designer, Christian Dior, she instead donned a canary-yellow Prada long-sleeve gown that brought a sense of ’60s-influenced vintage elegance. The jewels played beautifully with the jewel-encrusted detailing on the dress.

Even Natalie’s teased bouffant-inspired ’do reflected the retro mood.