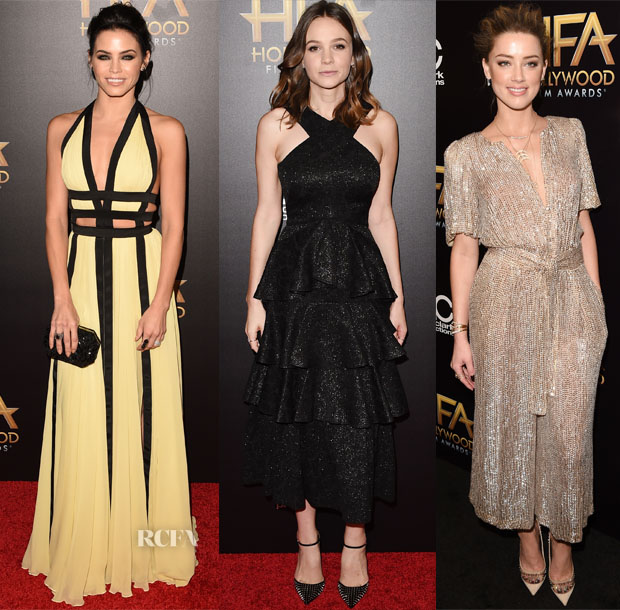 The 19th Annual Hollywood Film Awards took place at The Beverly Hilton Hotel on Sunday (November 1) in Beverly Hills, California with many celebrities in attendance.

Carey Mulligan: As you know, I’ve been somewhat captivated by Carey’s style of late and this Erdem Resort 2016 dress is no exception. The cut, shimmer, tiered skirt and edge imbued by the studded Christian Louboutin ‘Baila Spike’ pumps all make this a perfect 10 for me. 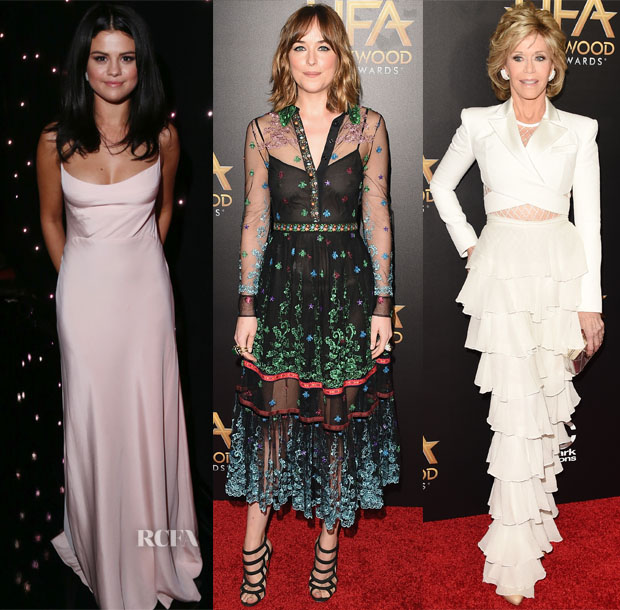 Selena Gomez: Like Jenna, Selena was oozing glamour in her petal-pink Narciso Rodriguez Resort 2016 gown. As I’ve said before, I much prefer these softer looks over her edgy-try-hard outfits.

Dakota Johnson: The actress usually goes for simple, non-fuss looks, so I was surprised to see her donned this Gucci frock with it colourful embroidered details and sheer elements. The look was styled with Christian Louboutin ‘Nicobar’ sandals.

Jane Fonda: Continuing to prove that age ain’t nothing but a number, the actress single-handily breathed new life into Balmain wearing a Spring 2016 look.  I’m thankful this didn’t get into the hands of Mrs West. 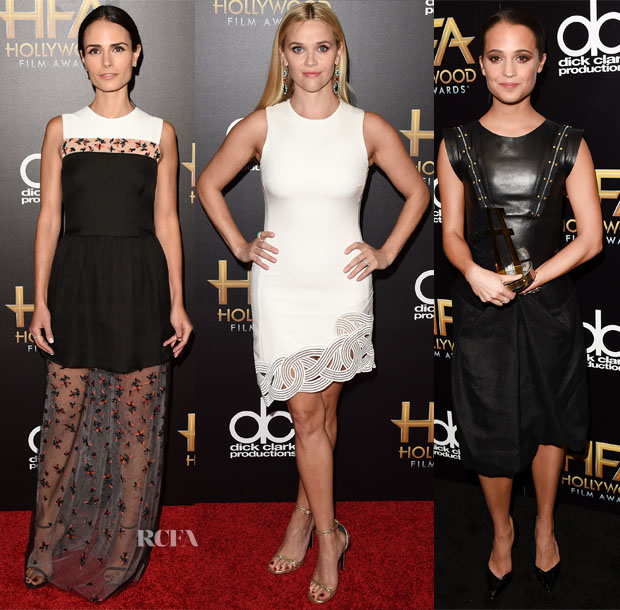 Reese Witherspoon: For some reason, I feel like I have seen this style of dress on Reese several times before. If it ain’t broke…

Alicia Vikander: The Swedish actress was of course in Louis Vuitton. This Spring 2016 part leather look continues to prove why she’s the one of the best ambassadors the brand has ever had.