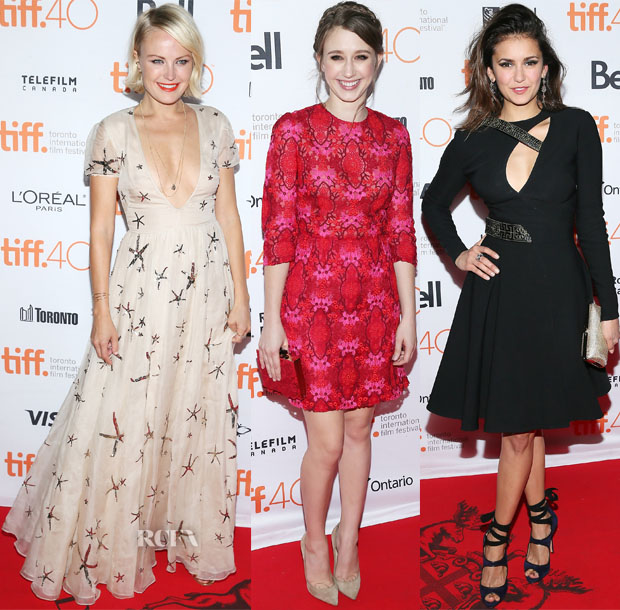 Malin Akerman: I know what you’re thinking. This Valentino Spring 2015 gown is mighty dressy for a photocall. For me, that’s the least of Malin’s problems. Not only has it been worn three times before (Shailene Woodley, Fan Bingbing and Olivia Palermo), but the top half is incredibly unflattering.

Taissa Farmiga: The young starlet fared much better in her vivid girlie-chic Dolce & Gabbana macramé-lace pencil dress, even though her shoes were a snooze.

Nina Dobrev: Going against the grain, the actress wore a LBD courtesy of Versace. Translating black, this Fall 2015 green dress incorporates yellow Greek detail accents and cut out detailing for attention-grabbing effect. The look was styled with an Oroton ‘Frieze’ clutch and navy Alexa Wagner sandals.

Do you have a favourite? Or are you too busy thinking about the fact that these ladies look like they’re going to three different events? 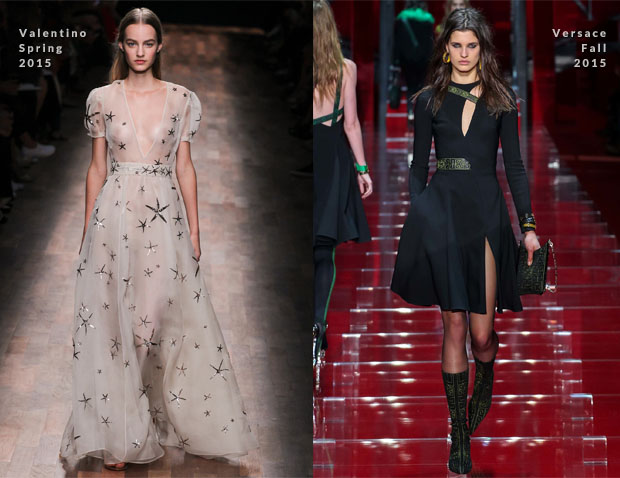