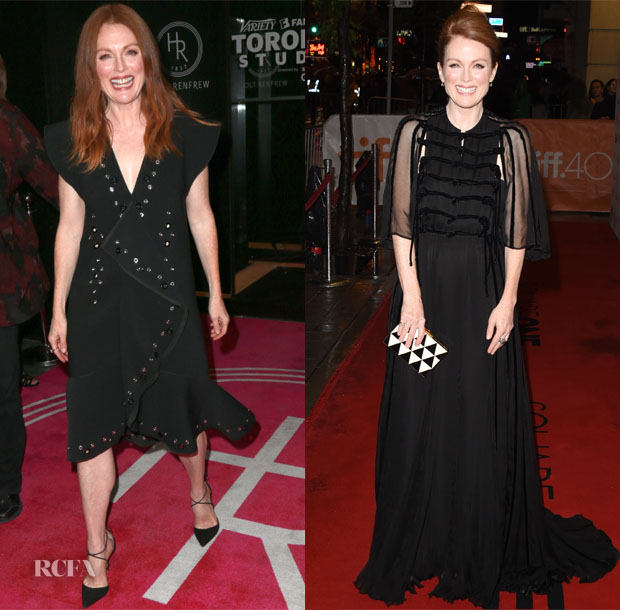 Making a return to the red carpet, Julianne Moore has made a number of appearances at the 2015 Toronto International Film Festival, attending no fewer than four last weekend in Toronto, Canada.

Variety Toronto Studio: First up, she was at the Variety Studio on Friday (September 11), donning an embellished version of an LBD from the Proenza Schouler Resort 2016 collection. The studded detail puts a tougher edge on the feminine silhouette of the dress, but her pretty red locks should have been sleekly pulled back from her face on this occasion.

‘Maggie’s Plan’ Premiere: Going from a little black dress to a longer black gown, she wore a Valentino Fall 2015 Couture dress for the premiere on Saturday (September 12) at the Princess of Wales Theatre. I wanted to love this look, but there was something strangely heavy and lacklustre about the chiffon-like layers of dark fabric and the negligee sleeves, likely in part due to the addition of the lining. That said, she did help breathe some life into the dressing-gown-inspired design with the geometric box clutch. 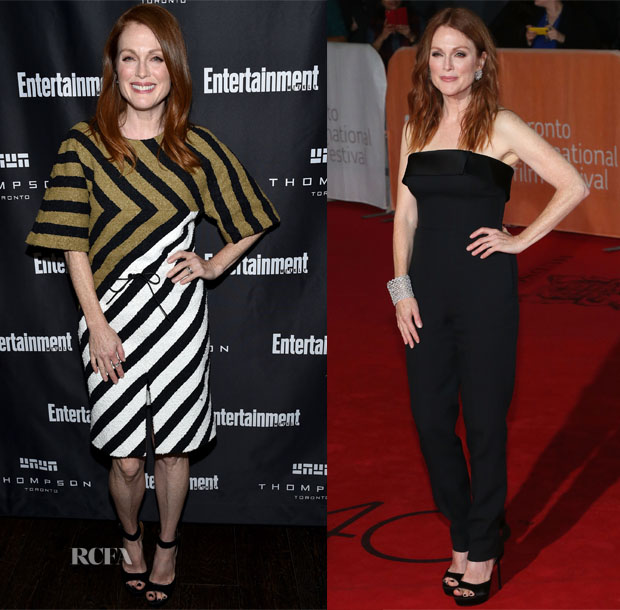 EW’s Must List Party At TIFF: The geometry continued at the Must List Party on Saturday at the Thompson Hotel, where her Sonia Rykiel Resort 2016 striped tweed dress was certainly eye-catching. But I was desperately missing the lookbook’s belt.

‘Freeheld’ Premiere: This BOSS bespoke heavy crepe tuxedo jumpsuit with satin trim was perhaps the most minimalistic of the bunch. BUt it made the biggest impact at Sunday’s premiere with its nod to androgynous allure, especially when styled with stunning Chopard jewels, a dramatic smoky eye, and messy waves.

One thing’s certain, she definitely maintained an all-black obsession with this latest round of looks. Which was your favourite? 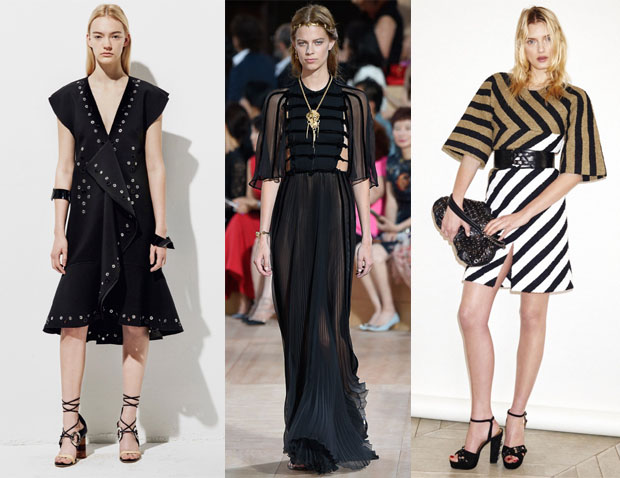 The Hollywood Reporter’s Empowerment I...