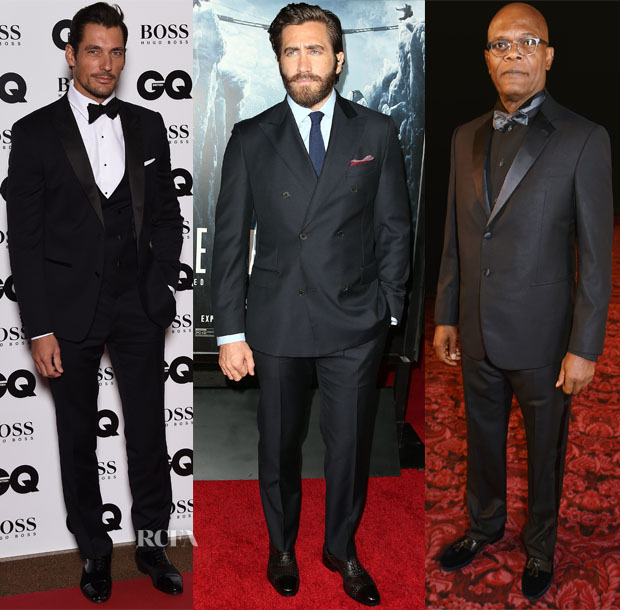 With the GQ Men of the Year Awards as well as a few other key premieres, the men have made a fine showing the past few days. Here, a look at their ensembles.

David Gandy: Forever cutting a striking profile, David showed us all how a classic tux should be worn at the GQ Men of the Year Awards at The Royal Opera House in London, England on Tuesday (September 8).

Jake Gyllenhaal: The double-breasted coat isn’t always easy to wear, but Jake pulls it off in this head-to-toe Salvatore Ferragamo ensemble at the ‘Everest’ premiere at the TCL Chinese 6 Theatres in Los Angeles, California on Wednesday (September 9). The baby-blue shirt, which reflected his eyes, was the best decision here.

Samuel L. Jackson: Acting as host of the GQ Men of the Year Awards, the actor was debonair in a polished Giorgio Armani head-to-toe look. I loved the monochromatic nature of the ensemble elevated by the slight contrast of the satin lapels and metallic bow tie. 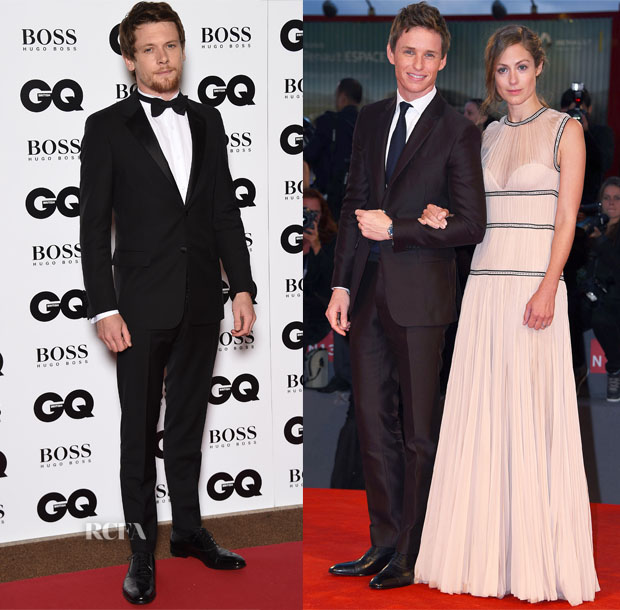 Jack O’Connell: As winner of the ‘Vertu Breakthrough Actor’ award at the GQ Men of the Year Awards, Jack was dressed for the occasion in a Prada tuxedo that was brilliantly crisp and slim-fitting.

Eddie Redmayne: Attending ‘The Danish Girl’ premiere during the 2015 Venice Film Festival, alongside wife Hannah Bagshawe, the British actor kept it simple and smart in a Valentino suit. The strength was in the dark eggplant hue in combination with the navy tie for an altogether handsome effect. 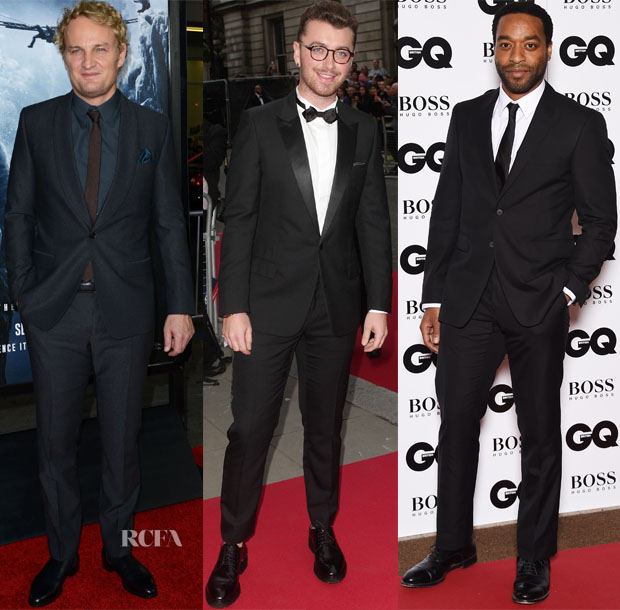 Jason Clarke: Also at the ‘Everest’ premiere, Jason wore an eclectic array of dark, earth tones with a charcoal suit, brown tie, and forest-green shirt, all of which didn’t meld as seamlessly as I would have preferred.

Chiwetel Ejiofor: The actor was impeccably attired in a Burberry Tailoring that was handsomely refined while showing the power of a well-fitted suit.