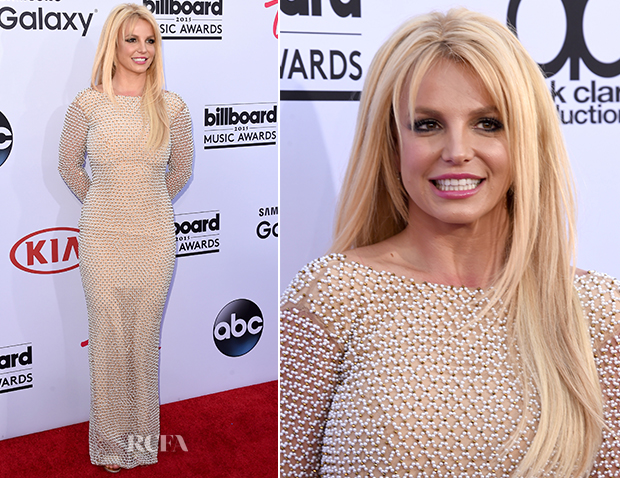 Britney Spears was also among the entertainers at the 2015 Billboard Music Awards, hosted at the MGM Grand Garden Arena in Las Vegas, Nevada on Sunday (May 17).

Before performing ‘Pretty Girls’ with Iggy Azalea, Britney was on the red carpet in a nude Yousef Al-Jasmi beaded gown that resembled something akin to chain mail.

While I have no doubt the goal was for this figure-skimming dress to be streamlined and sleek, it fell short as a result of the awkward half-lined, semi-sheer effect.

Her blonde Barbie mane and bubblegum-pink lip can only be described as dated when applied to this look, which she completed with Neil Lane jewels.

Posted by Rachel Watkins on May 18, 2015 In: Billboard Music Awards, Britney Spears