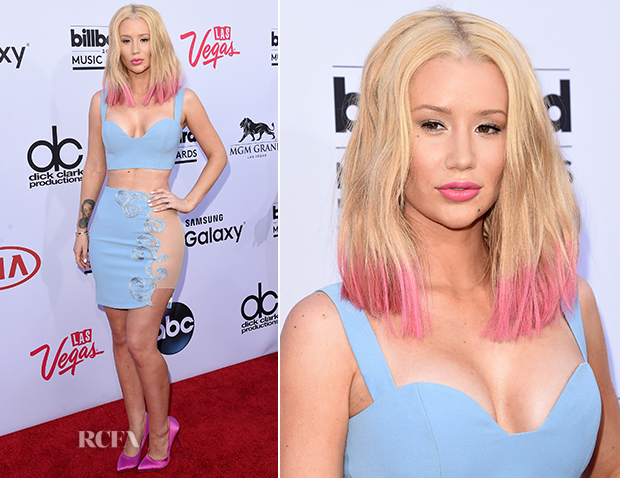 Iggy Azalea attended the 2015 Billboard Music Awards, hosted at the MGM Grand Garden Arena in Las Vegas, Nevada on Sunday (May 17), where she performed with Britney Spears.

While I called some elements of Britney’s look dated, I am forced to use that same word again when it comes to the Aussie rapper’s ensemble that also nearly approached comical territory.

The baby-blue two-piece was tragic enough without the addition of dip-dyed, cotton-candy-pink locks and satin magenta pumps.

She can do so much better.

Posted by Rachel Watkins on May 18, 2015 In: Billboard Music Awards, Iggy Azalea