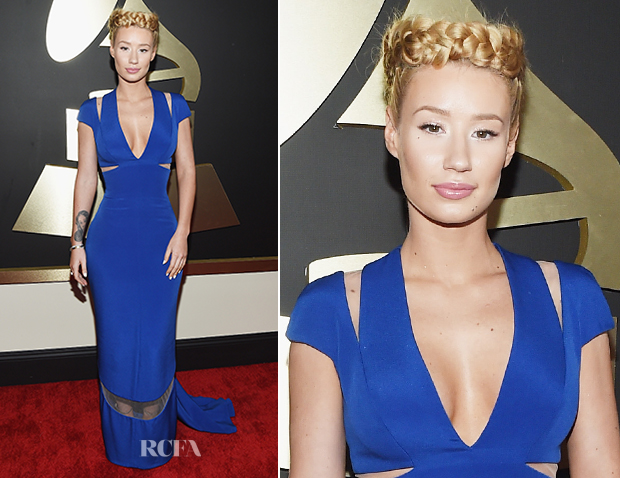 The Aussie rapper won major points in my book simply by virtue of donning this bold shade of electric, cerulean blue.

Her custom Giorgio Armani, short-sleeved silk-crepe gown featured cutout detailing on the sides, shoulders and across the front of the gown. It was a striking look for the singer and fit her like a glove.

Bare-faced-inspired makeup and minimal accessories made the dress the main focal point. The same can’t be said for that crown of braids, which contributed an intriguing, medieval spin. I will be admiring this look from the forehead down.