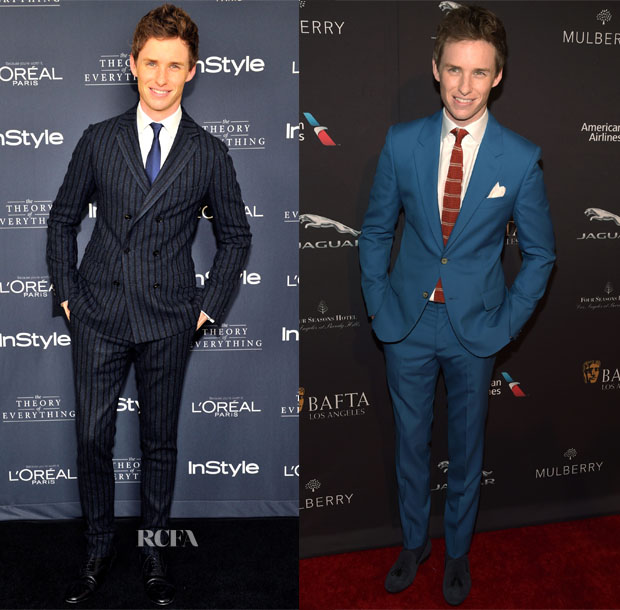 InStyle’s Golden Globe Nominations Party: We always expect a sharp suit from the British actor, and the Gucci Fall 2014 charcoal grey, blue and black striped wool suit is one of his finest. While this look is usually reserved for a Wall Street banker or smartly dressed mobsters, Eddie once again ultimately redefines formal styling with sophisticated panache.

2015 BAFTA LA Tea Party: It was all about colour for Eddie at the BAFTA party where the actor wore an Alexander McQueen Spring 2015 electric-blue suit styled with a red and white crochet tie and navy-tasselled loafers.

Despite my love for all things electric-blue, the first look is by far my favourite. I just couldn’t get on board with the red and white striped tie for the second look. 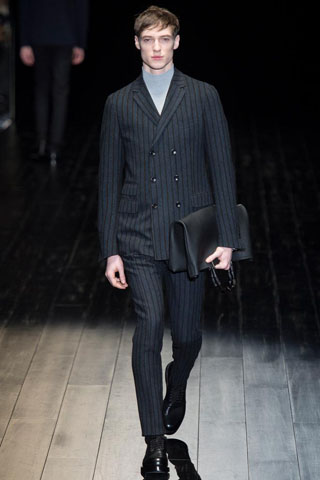