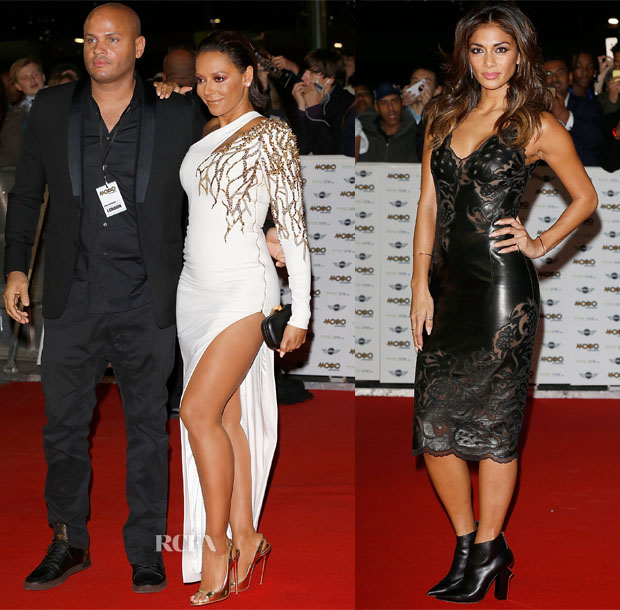 The MOBO Awards were held at the SSE Arena on Wednesday (October 22) in London, England.

Mel B: The X Factor judge, who co-hosted the event, took to the red carpet with husband Stephen Belafonte wearing a slashed-to-the-thigh white one-sleeve Julien Macdonald gown featuring gold embellishments. The former Spice Girl isn’t known for her style, but recently she has been making great strides. This takes her back several steps.

Nicole Scherzinger: The singer, who has her own Missguided collection, opted to wear this laser-cut leather frock from Ermanno Scervino styled with Gianmarco Lorenzi ankle boots which just don’t go with the sexy fitted frock. 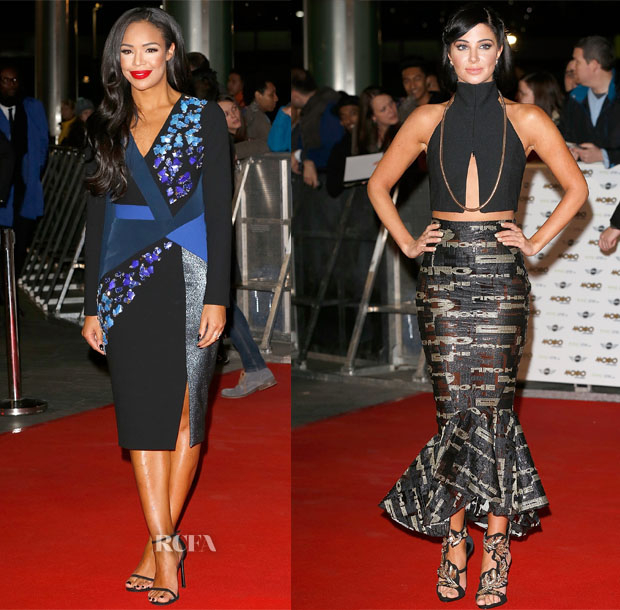 Sarah-Jane Crawford: On a night where good taste went to die, DJ Sarah-Jane, who co-hosted the event with Mel B, was by far the best dressed, wearing the same Peter Pilotto Aro embellished dress we saw on Hilary Swank a few weeks ago. Her foundation is perhaps a few shades too light for her skin tone, but her dress and styling were a step ahead of the rest.

Tulisa Contostavlos: The singer was one of the few that didn’t make me raise my eyebrows, yet despite me liking her look, which featured a halter top and a Ping He skirt, I’m intrigued by how she managed to walk in this fitted mermaid skirt. I’m guessing she was taking baby steps in her black and gold-leaf Giuseppe Zanotti ‘Coline’ sandals. 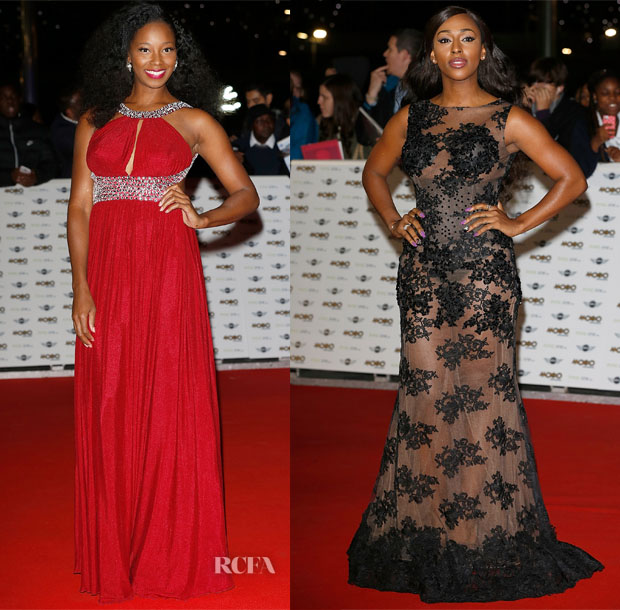 Jamelia: The singer wore a vibrant red gown which is a great colour for her. Sadly, though, the look feels very dated.

Alexandra Burke: The sheer trend has officially died a death. 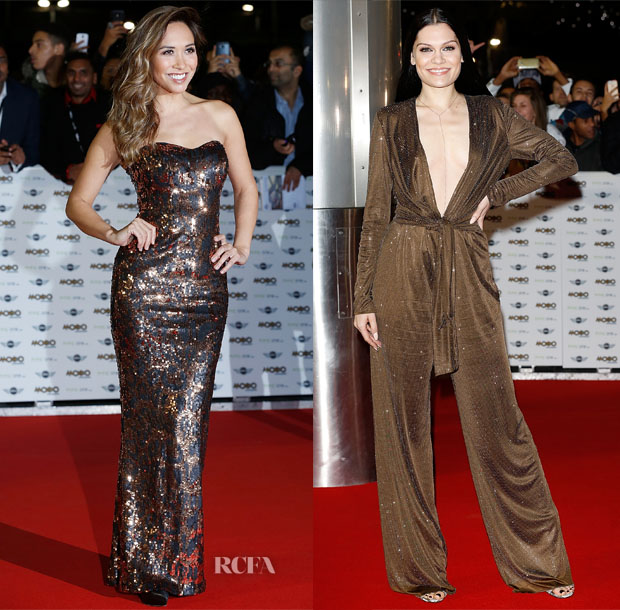 Myleene Klass: The TV presenter glided down the red carpet wearing an animal-print strapless sequin gown which, despite its shimmer, leaves me rather bored. Also I despise the black platform pumps.

Jessie J: As you know, I love jumpsuits, but this brown embellished plunging number leaves me cold. Jessie can do so much better than this.

The Pride Of Britain Awards 2017

2012 Glamour Women of the Year Awards

Who Was Your Best Dressed At The American Cinematheque Award Honoring Matthew McConaughey?