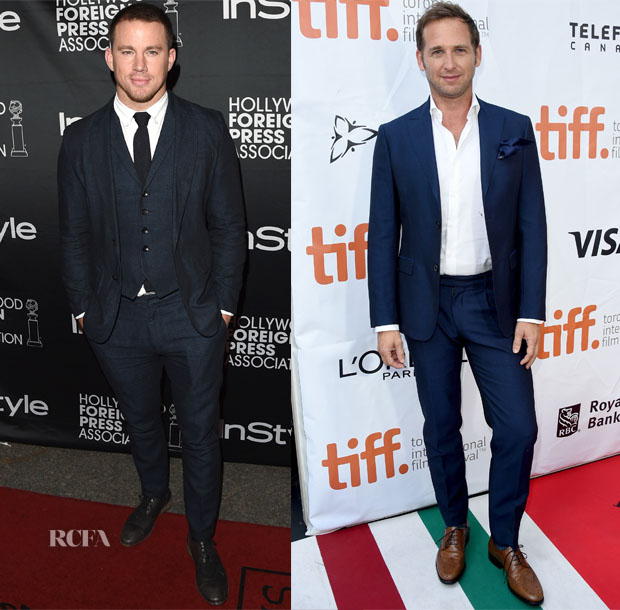 A group of guys grabbed some stares recently with their sartorial statements at a variety of events. Here, a look at the handsome offerings over the past few days—I couldn’t be more elated to not see a basic black suit in sight.

Channing Tatum: Looking hot and polished, the actor was at the HFPA & InStyle’s 2014 TIFF celebration during the 2014 Toronto International Film Festival at the Windsor Arms Hotel. He definitely made that dark, midnight-blue three-piece suit look good.

Josh Lucas: Cutting a sharp profile at the ‘Boychoir’ premiere during the 2014 Toronto International Film Festival at Roy Thomson Hall, Josh suited up in a Salvatore Ferragamo dark navy, two-button peak lapel suit, paired with a white button-down shirt, a navy patterned pocket square and brown calf shoes. Here, his decision to go tie-less worked in his favour—as did this stunning blue hue. 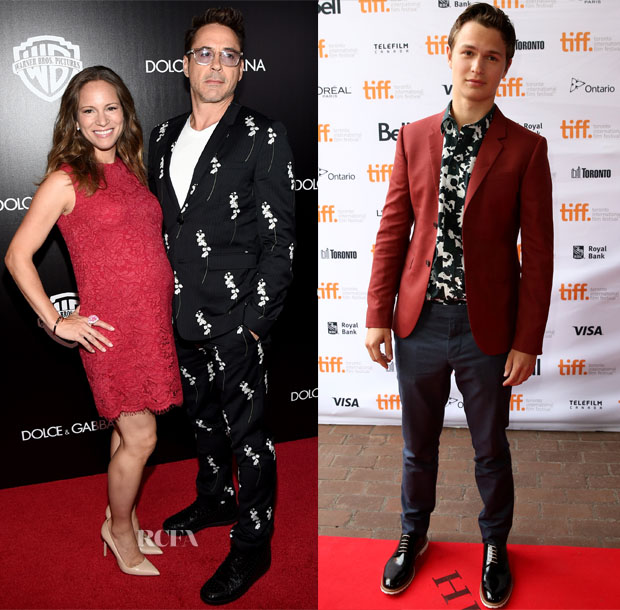 Robert Downey Jr.: Well, the actor certainly was no shrinking violet with his Dior Homme black fine-stripe wool jacket and pants with allover lily-of-the-valley embroidery. I will admit to at least a triple-take at this attention-grabbing effort. His wife, Susan Downey, was merely the red canvas for Robert’s elaborate sartorial painting.

Ansel Elgort: The young actor flexed his fashion muscle in a Marni Spring 2014 burgundy blazer, matched with a printed black-and-white shirt, and blue trousers from the Fall 2014 collection. Robert may have pushed the style boundaries a bit too freely, but I love the way that Ansel coloured outside the lines just a bit. It was cool without being comical. 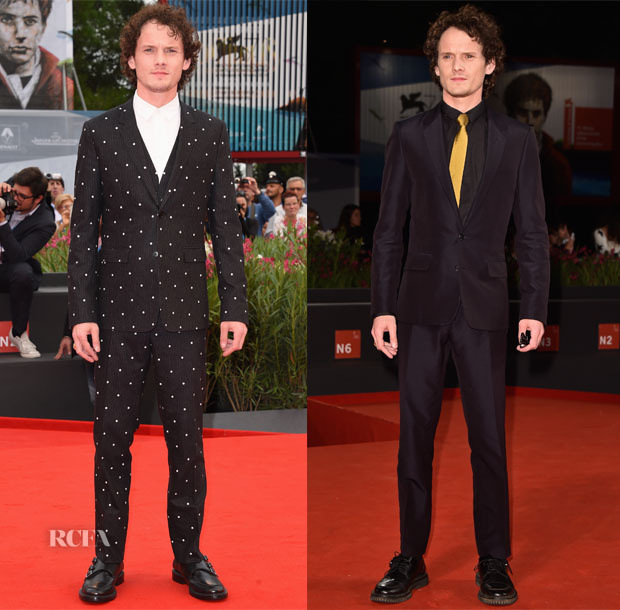 Anton Yelchin at ‘Cymbeline’: With a double-feature of looks, Anton first dressed to impress at the 2014 Venice Film Festival’s ‘Cymbeline’ premiere in a Dior Homme Fall 2014 polka-dot, micro-pinstripe three-piece suit that was teetering on the edge of style-forward and just silly.