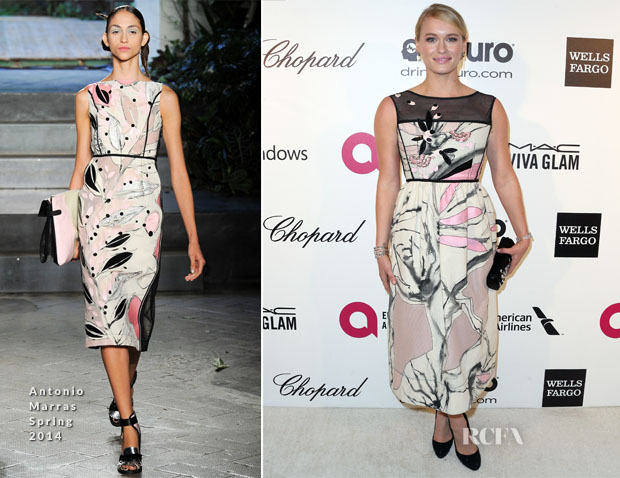 The ‘Percy Jackson’ star wore an Antonio Marras Spring 2014 dress, which she paired with a Dominie clutch, Chelsea Paris pumps and Forevermark jewelry.

To say that this look doesn’t work would be the understatement of the year but I just don’t know where to begin. There is a lot going on with the print; the colours, the length and the black mesh shoulders are just too much to handle.

At least the blonde beauty kept the makeup and hair simple. Unfortunately those were still not enough to save her from this jumble.

How would you fix this look?