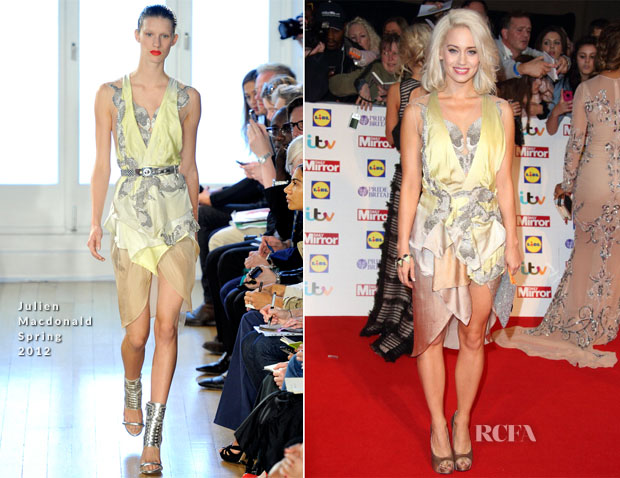 This sliced-and-diced dress, which looks like it could be caught in her underwear, worked on the runway but didn’t translate in any positive way on the red carpet.