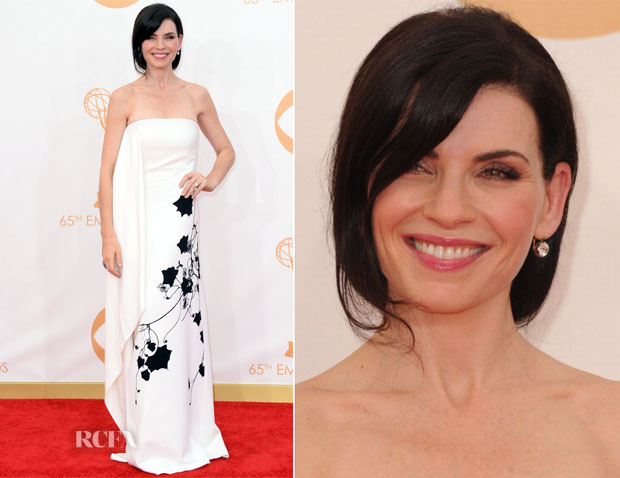 The actress wore a white Reed Krakoff draped, column gown that was accented with the winding branch of an ink-black, vine-like print. It was also a smidge too long, puddling on the red carpet beneath her.

While the dark pattern on the crisp-white dress could almost seem a bit sinister, Julianna took a carefree approach to her hair and makeup with a casually loose ponytail and a glossy pink lip.