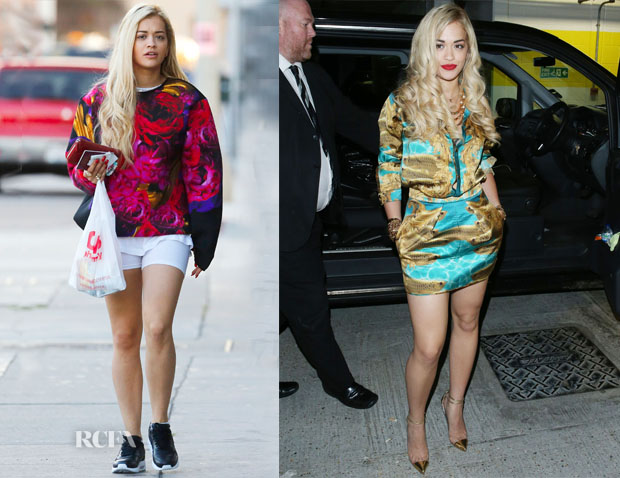 London-based designer Katie Eary may only have two womenswear collections under her belt, but she’s already let out a rebel yell with her flashy, splashy entrances. So it’s no surprise that her designs have found a fond place in the fashion heart of bold British songstress, Rita Ora. After all, these two girls are kindred wild spirits, never pretending to be anything less than audacious.

Out in Santa Monica: A barefaced, super-blonde Rita was no shrinking violet while out with a friend at CVS pharmacy in Santa Monica, California on Sunday. She coloured her street style with a balloon-sleeve neoprene sweatshirt, swirled in the designer’s florid flower print that was repeated throughout her Fall 2013 collection. Incongruous white bike shorts and sporty black sneakers injected a casual, devil-may-care attitude into this off-duty look.

Xperia Access Exit: After a red-hot appearance at the launch of Xperia Access at Sony Music Entertainment in London on Tuesday, Rita changed into an equally head-turning look to leave the gig. Her wardrobe weapon of choice was a bright Katie Eary Spring 2013 button-down blouse and matching skirt, done in a watery turquoise-sea print swimming with gold, baroque-influenced goldfish. Bronze-capped, clear PVC pumps, along with platinum curls and a zingy red lip turned up the volume even more. 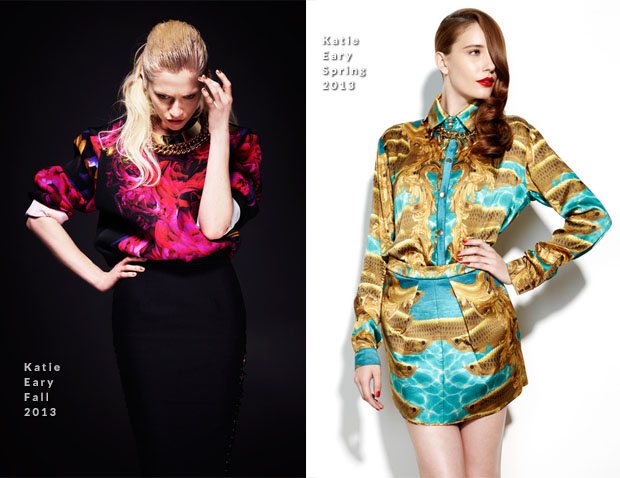