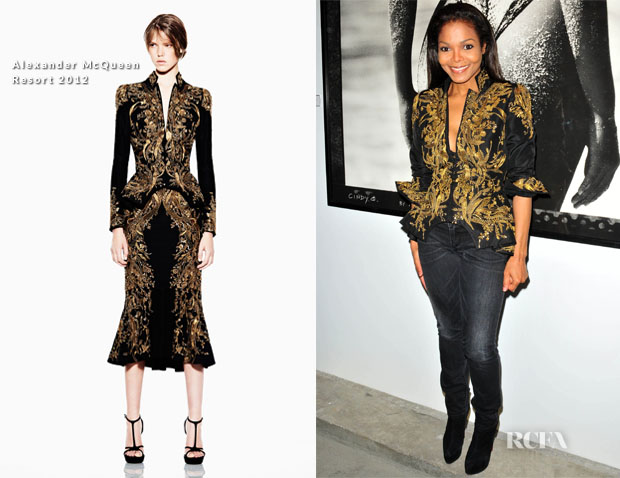 It’s been a long while since we last saw Janet on a red carpet, and it’s shocking how she appears to be getting younger.

The singer appears to have paid homage to her late brother Michael Jackson whilst wearing this Alexander McQueen Resort 2012 jacket.

Her black jacket with gold embroidery is reminiscent of the jacket MJ wore in the music video for ‘We Are The World’.

Posted by Catherine Kallon on May 11, 2012 In: Alexander McQueen, Janet Jackson, Runway To Red Carpet