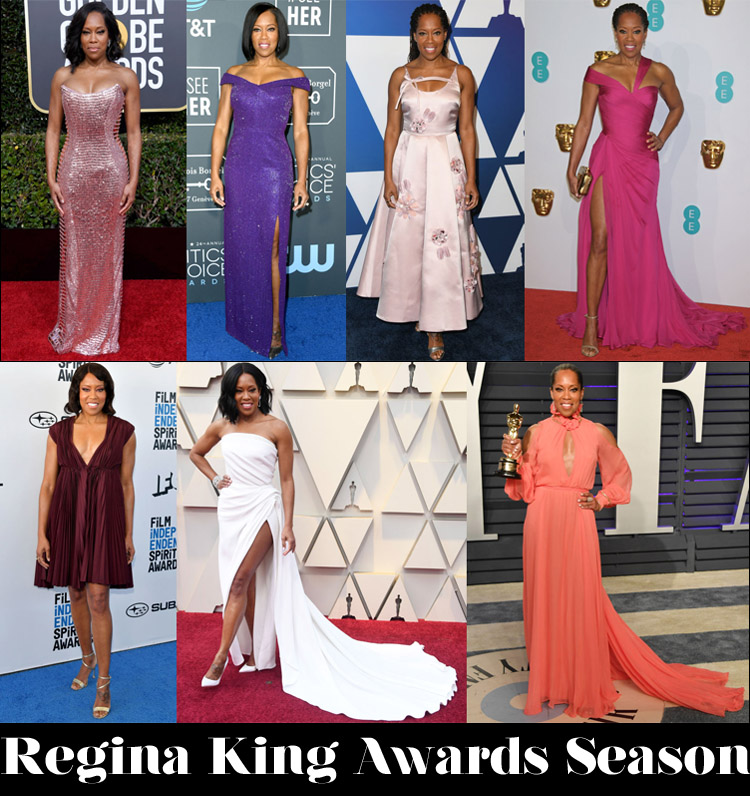 Regina King….woah. What an amazing start to 2019 she had.

The actress was nominated, and won Best Supporting Actress for ‘If Beale Street Could Talk’ at every major event this awards season – excluding the SAG Awards, where strangely she wasn’t even nominated.

To say this team had a busy awards season would be an understatement. So to look through Regina’s flawless run is a testament to their talents.

When it comes to my favourite, that goes her Alberta Ferretti gown at the Golden Globe Awards, with the Oscar de la Renta a close second.

I know her Oscar night gown wasn’t universally adored by all, but I will reiterate what I said before – this dress will stand the test of time.

To put it into context, when you think back to Halle Berry’s Elie Saab Haute Couture gown worn back in 2002, it would look dated had she worn it on the same night.

In 20 years from now, Regina’s gown would still be regarded as a classic.