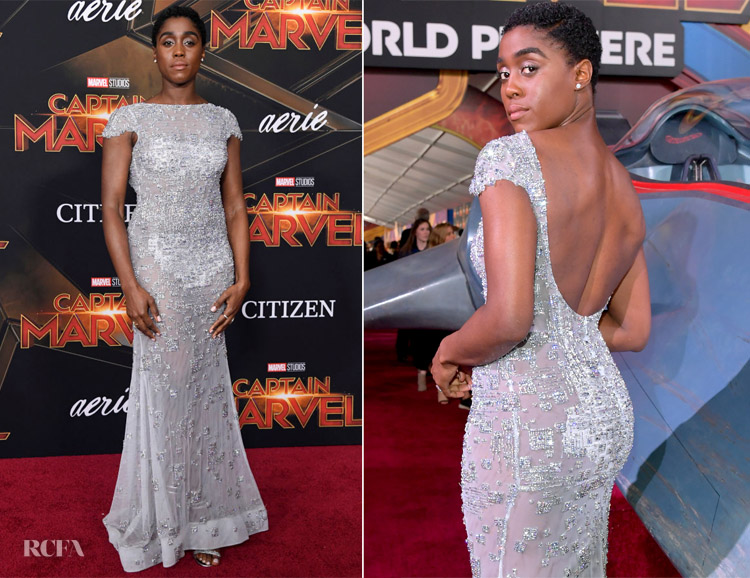 I love the sensual scooped back, but as for the rest, I’m kinda missing some drama.

We got that last time out with the hot-pink colour from the London premiere, but some might say there is plenty of drama with the concentrated embroidery on certain spots on this dress.

Marsai Martin In Jovani – The Holl...

Which Was Your Favourite Regina King Awards Season Look?