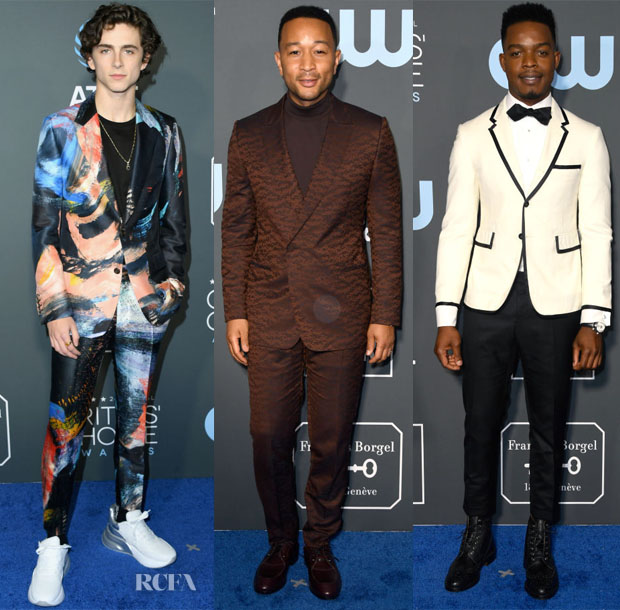 The 2019 Critics’ Choice Awards were on Sunday (January 13) in Santa Monica, California, and the men showed up just as much as the women when it comes to the statement looks of the evening. There was hardly a standard suit in the mix here.

Timothée Chalamet: Your Best Dressed of last week kept his style-forward streak going strong in this painterly Alexander McQueen Resort 2019 suit. As always, he pulls off the directional look — complete with white sneakers — so seamlessly and nonchalantly.

Stephan James: The contrast piping on this slightly shrunken, slim-line Thom Browne suit gave it a an eye-catching edge. A Montblanc timepiece and David Yurman ring completed the look. 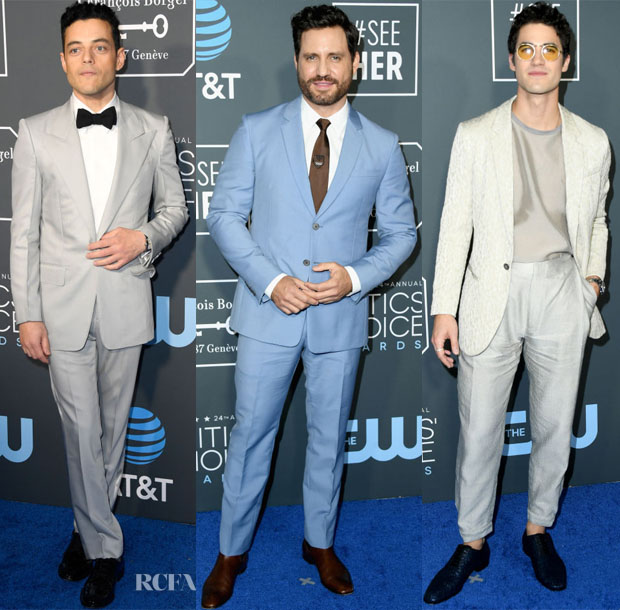 Rami Malek: The ‘Bohemian Rhapsody’ actor took prom night and made it look all grown up in this heather-gray Givenchy Fall 2019 suit and black bow tie.

Darren Criss: Clearly channeling some sort of suave style king, ‘The Assassination of Gianni Versace’ Best Actor winner would not be missed in his custom Emporio Armani neutrals. The relaxed-lush styling is what really drove home the attitude of the look, though, with Oliver Peoples retro glasses and Christian Louboutin ‘Greggo Orlato’ navy glitter shoes — worn sans socks, naturally. 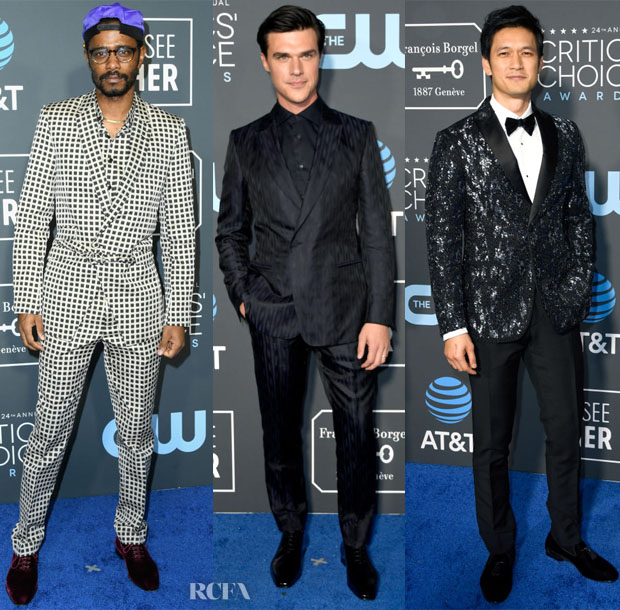 Lakeith Stanfield: Visually arresting, this patterned Dzojchen ensemble styled with burgundy velvet loafers, and SALT. ‘Mitch’ glasses was a sharp entrance. But, it was the purple baseball cap that should have gotten a citation — it’s what made the look kinda silly.

Harry Shum Jr.: Offering a bit of glam shine to his formal tux, Harry suited up in a Roberto Cavalli number styled with a Montblanc timepiece. 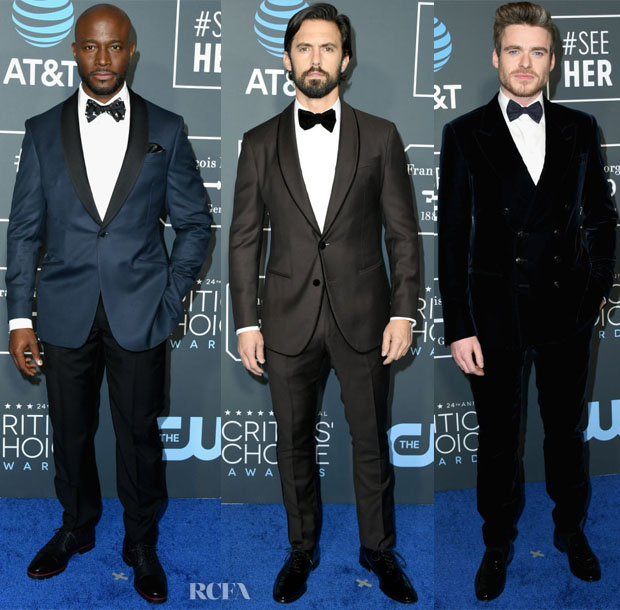 Taye Diggs: I wanted to like Taye’s Richard James tux, but it really did him no favors. He’s not short, by any means, but the scrunched, semi-sloppy tailoring did nothing to celebrate his strong stance.

Milo Ventimiglia: The ‘This Is Us’ favorite was as polished as ever in a crisp Armani tux worn with Montblanc cufflinks and Tod’s shoes.

Richard Madden: This might look black to you. But, the velveteen Armani design was actually midnight blue — which obviously made Richard’s blue eyes even more piercing. 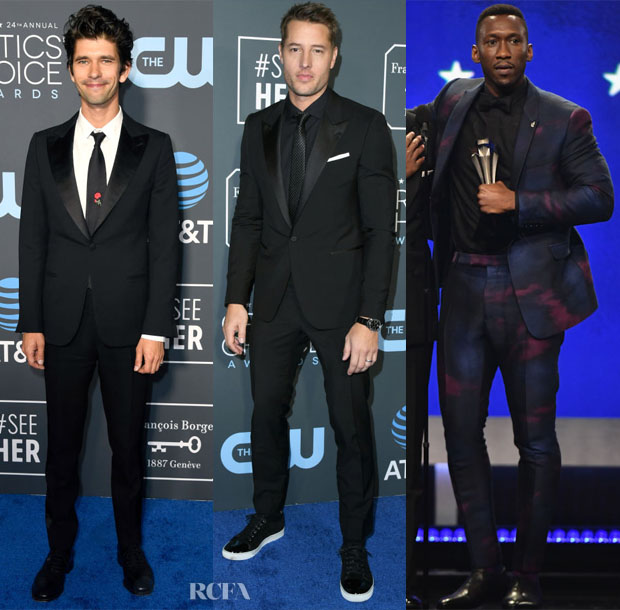 Justin Hartley: Another ‘This Is Us’ heartthrob, the actor combined sporty and sleek in his all-black suit, sneakers, and Montblanc cufflinks — and I was totally on board.

Mahershala Ali: The Best Supporting Actor winner for ‘Green Book’ Berluti cut a cool profile in this artsy suit that almost looks like a very elegant, understated version of tie-dye.