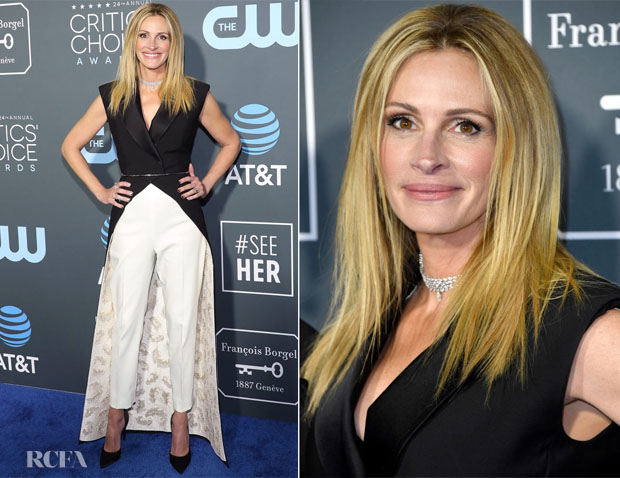 Following the Golden Globes, Julia Roberts opted for tailoring once again for the 2019 Critics’ Choice Awards on Sunday (January 13) in Santa Monica, California.

The ‘Homecoming’ star was my Best Dressed at Globes, but I just wasn’t feeling this custom Louis Vuitton look.

I’ve been trying to figure out where she lost me, and I’m going to pinpoint it at two things:

1. The lining of the train. It would’ve worked better for me in black.

2. The stiffness of the train. A fluid, longer train would’ve felt more effortless.