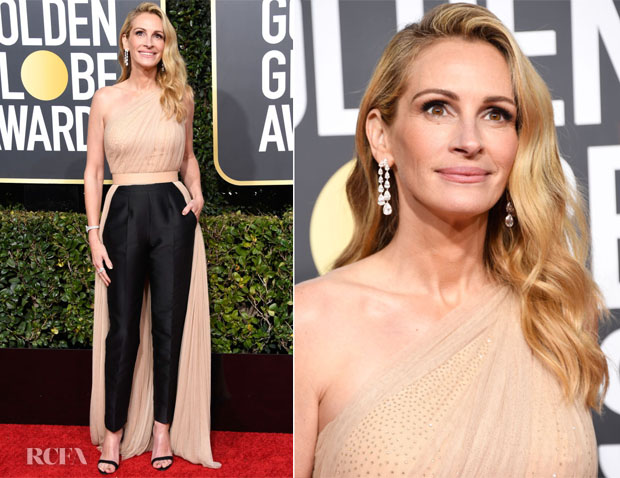 Those who were hoping to see trousers at the 2019 Golden Globes on Sunday (January 6) will likely be pleased with Julia Roberts’ ensemble.

It had the potential to look contrived but on her it appears completely effortless.