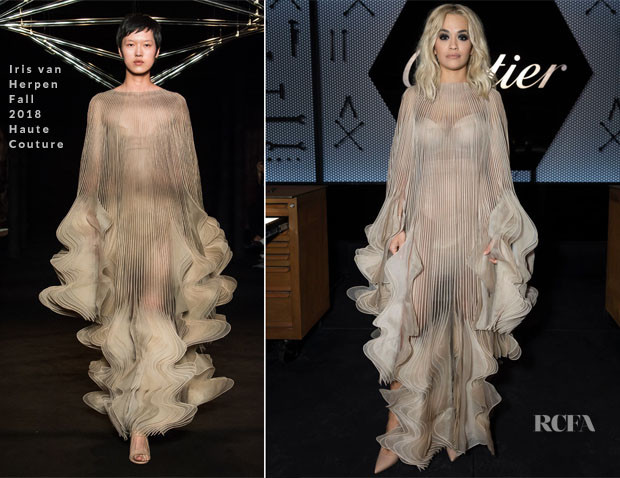 Like Bella Heathcote, Rita Ora was making waves on the red carpet at the Cartier Precious Garage Party on Friday (November 29) in Sydney, Australia.

I could wax lyrical about the futuristic elements of the dress, and how the wind created a dramatic billowing effect on the red carpet (which she took full advantage of for an impromptu photoshoot), but I feel that this look might be judged solely on the visible underwear.

And this would be unfair considering other Iris van Herpen wearers such as Naomi Campbell, Chloe Bailey and Halle Bailey opted not to wear undergarments, but then some might point to Lady Gaga who opted for a Wolford bodysuit with her look.

Personally, I think she nailed it. And I believe she’s hit a rich vein of form at the moment.

What do you think?