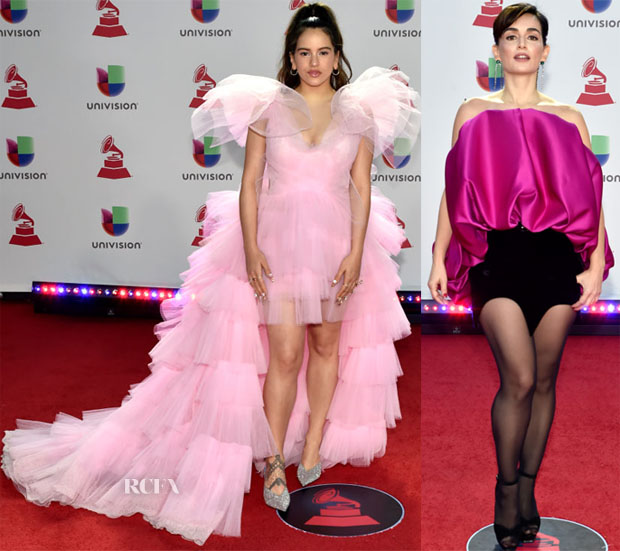 There were numerous head-turning looks to discuss at the 2018 Latin Grammys on Thursday (November 15) in Las Vegas, Nevada.

Rosalia: Princess moments happen regularly on the red carpet, but this YolanCris Fall 2018 look takes things to the extreme with its dramatic shoulders and layers upon layers of tiered tulle. The H. Stern jewels and embellished shoes heighten the saccharine nature. It would have been more successful on a pre-teen.

Ana de la Reguera: The ‘Narcos’ actress experimented with proportions in a Saint Laurent Spring 2018 look which was previously worn by Rihanna. It takes something special to pull off the voluminous avant-garde proportions and unfortunately it feels more like a stage costume on her with the sheer tights and peep-toe heels. It also seems like the entire thing is sagging. 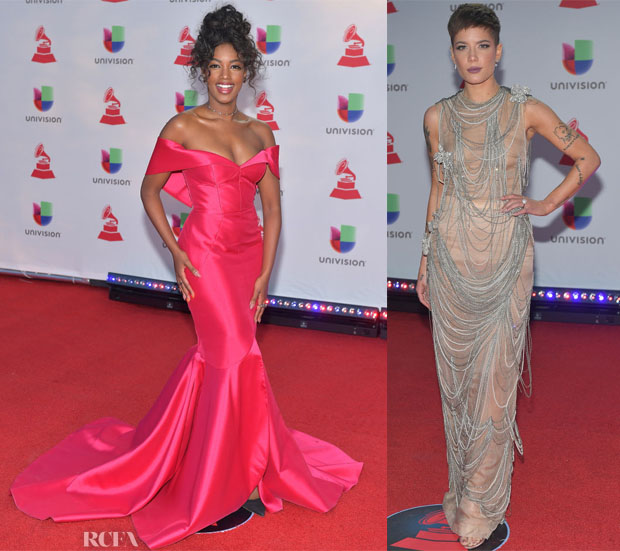 Iza: With the updo and delicate choker, this flamingo pink gown is endanger of going into prom territory, but it was one of the more successful bold looks with the curve-hugging silhouette juxtaposing the playful shade.

Halsey: It’s always interesting to see what the singer will come up with and this Jean Paul Gaultier Spring 2014 Couture gown was certainly intriguing. Whether or not one is a fan of the draped beaded embellishment, everyone should agree it’s not the same old naked illusion dress. 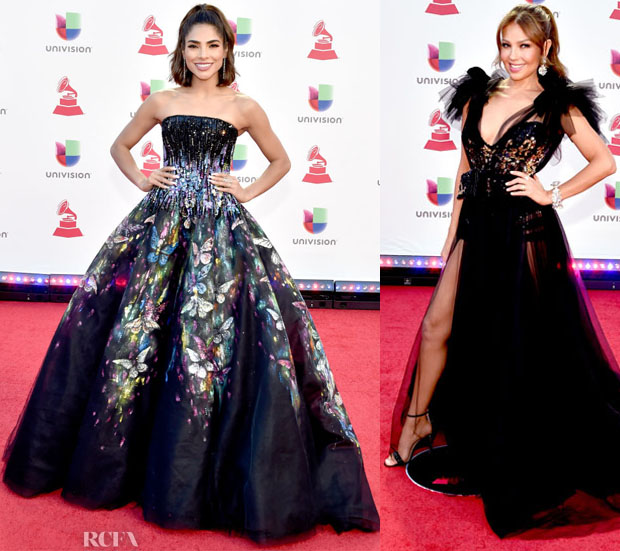 Alejandra Espinoza: The Mexican beauty was a vision in a Michael Cinco gown. Romance was at a high with the butterfly design seemingly glowing against the dark background. The black fabric also prevented it from becoming too sweet.

Thalia: Another one in elaborate black, she showed some leg in her inky Labourjoisie confection. Contrasts abounded with the unlined tulle skirt revealing the glittering black corset underneath. 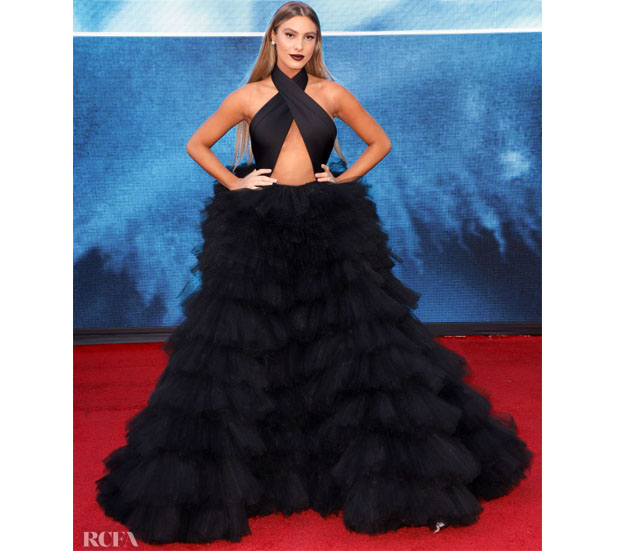 Lele Pons: Rosalia’s skirt wasn’t even the most dramatic of the evening. Lele Pons’ Monsoori dress had her beat. I’m all for drama but not when it feels contrived or comes at the cost of flattering the figure. This feels like there’s volume just for the sake of it.