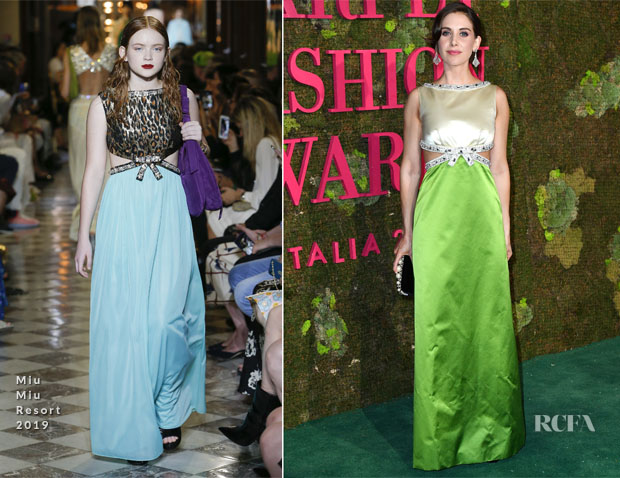 After wearing Miu Miu to the 2018 Emmy Awards, she stepped out in the designer again, wearing a retro-tinged style from the Resort 2019 collection.

Like the former appearance, this ensemble featured side cutouts. I didn’t find myself having déjà vu because I was charmed by the ivory and grass green combination and the prim embellishment.

The changes from the runway version worked in her favor because they helped show a different side of her while playing into the green theme.

It’s a shame the wrinkles bring it down.