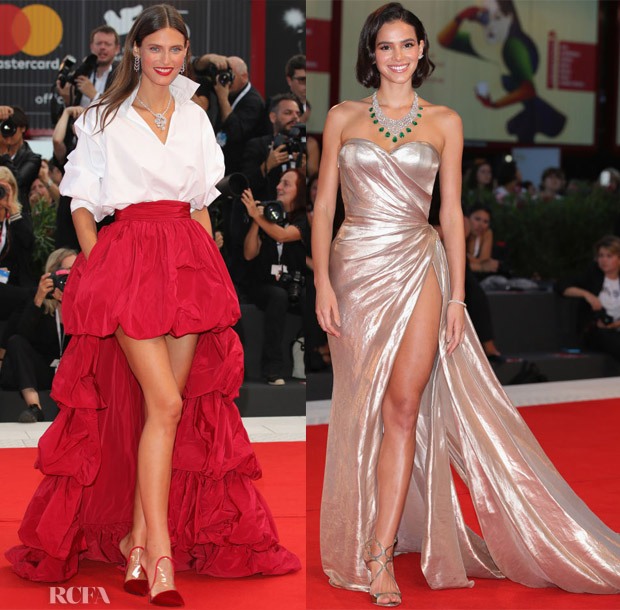 ‘The Sisters Brothers’ premiere took place during the 2018 Venice Film Festival on Sunday (September 2) in Italy, with many international actresses and models in attendance.

Bianca Balti: The Italian model instantly stood out in her OVS shirt and red high-low skirt combo, styled with Alevì Milano mules and Chopard jewels. You’ll either find this look costumey, or a refreshing break from Dolce & Gabbana.

Bruna Marquezine: Nothing about this Ralph & Russo Spring 2018 Couture metallic rose-gold strapless silk lamé gown is particularly original, but Bruna does look stunning, especially when styling her look with that Chopard necklace. 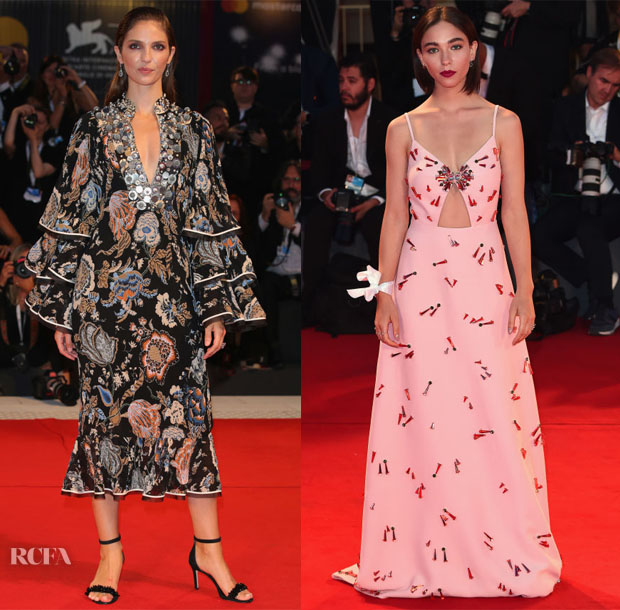 Annabelle Belmondo: The model went from her pretty pale blue gown last week, to this Tory Burch Fall 2018 embellishment number. I never saw this as a red carpet piece, but Annabelle manages to bring the look alive in a magical way.

Matilda De Angelis: From the colour to the embellishments, this was most definitely a Prada piece. This pretty pink number that’s equal parts retro and modern, was oozing plenty of charisma. 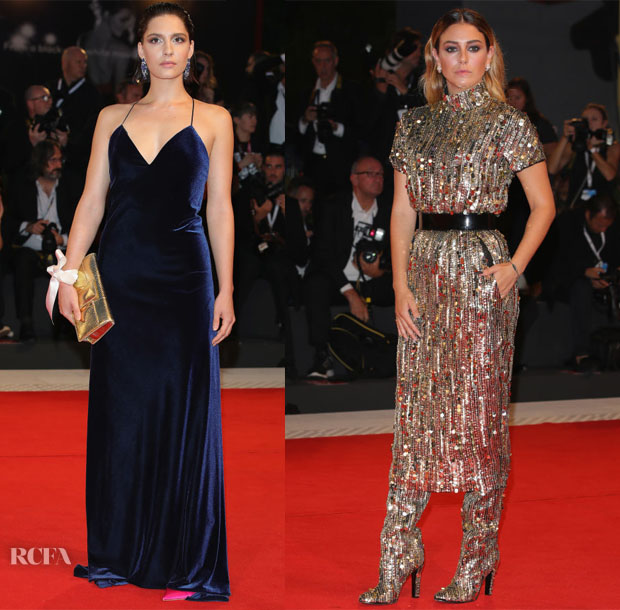 Blanca Suárez: Some will say that opting for the boots was a step too far in emulating the Alberta Ferretti Fall 2018 runway look, but I love the overall commitment. She definitely pulls it off for me. 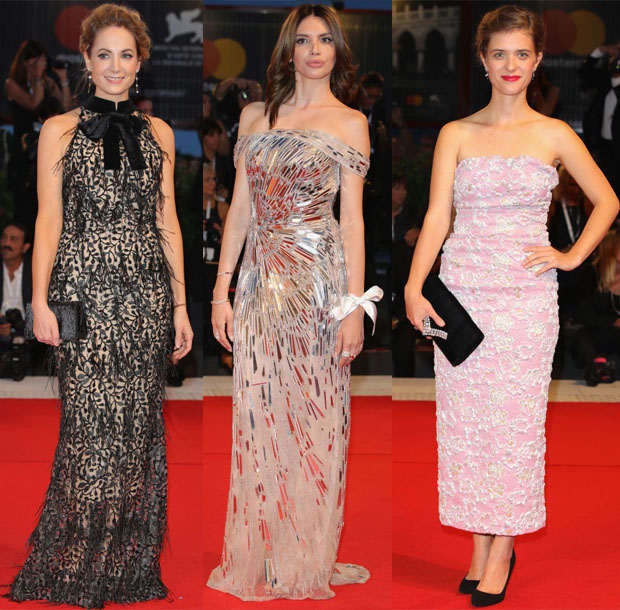 Joanne Froggatt: Elegant as always, the British actress looked beautiful wearing a feather accented dress with touches of velvet to heighten the drama.

Ilenia Pastorelli: This Antonio Grimaldi Fall 2017 Couture gown is a work of art, yet, I’m not excited about it on Ilenia.

Liv Lisa Fries: This is the second time we’re seeing this Miu Miu Fall 2018 dress at this festival, and once again I’m uninspired by the styling.