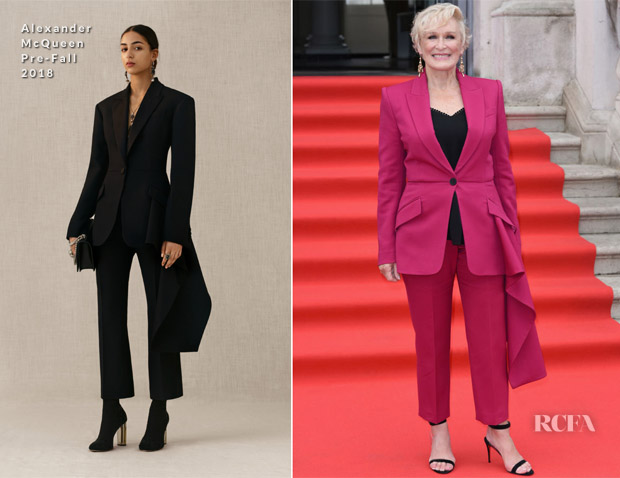 Glenn Close was full of surprised on the red carpet for the London premiere of ‘The Wife’ on Thursday (August 9).

So far the actress has only worn black during this promo tour, so this raspberry hue was like a bolt from the blue.

It’s impossible not to look at this suit and reference power dressing, with the asymmetrical ruffle adding a feminine edge that mixes classic and contemporary tailoring.

Undoing the button would’ve perfected this for me. The seam at the waist is making the blazer appear too small. 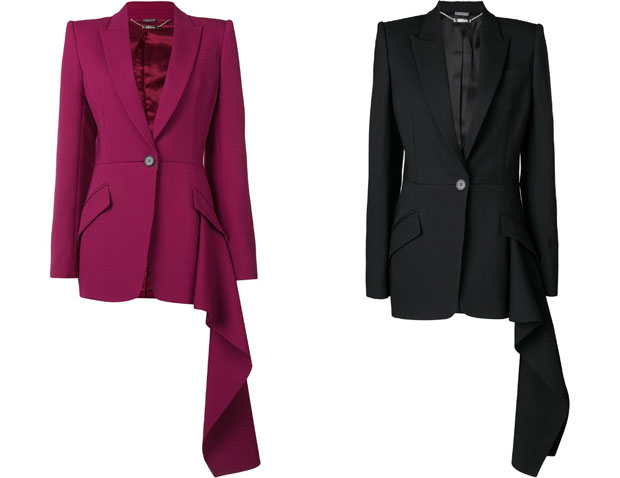