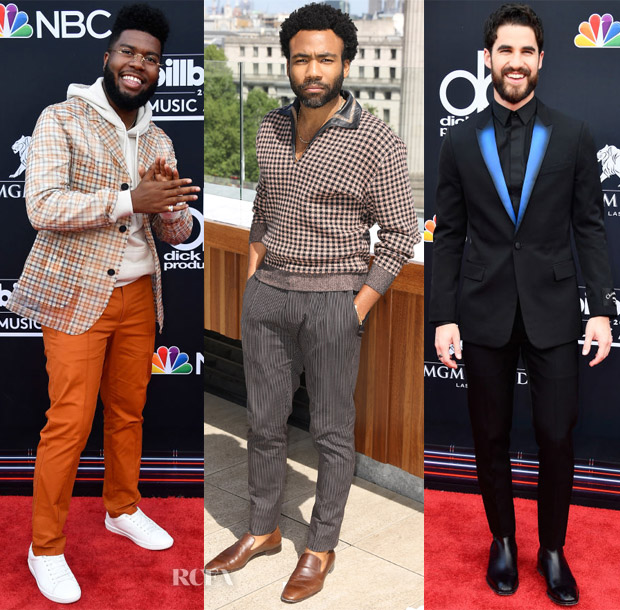 The men have been showcasing their style credentials as much as the ladies this week.

Khalid: Taking a casual preppy approach, the New Artist Billboard Award winner wore Fendi to the ceremony on Sunday (May 20). The burnt orange colour typically has an autumnal feel but it suits his colouring and is kept fresh with the white trainers and hoodie.

Donald Glover: Further demonstrating his mastery of vintage-inspired looks, he was outfitted in Bottega Veneta Spring 2018 with Christian Louboutin ‘Dandelion’ loafers for the ‘Solo: A Star Wars Story’ London photocall on Friday (May 18), joining Phoebe Waller-Bridge and Emilia Clarke. The shoes cleverly echo the warm tone in the top.

Darren Criss: The former ‘Glee’ actor was suited and booted in Dior Homme at the 2018 Billboard Music Awards on Sunday (May 20). The footwear adds some edge, but it’s all about the eye-popping effect of that blue collar. 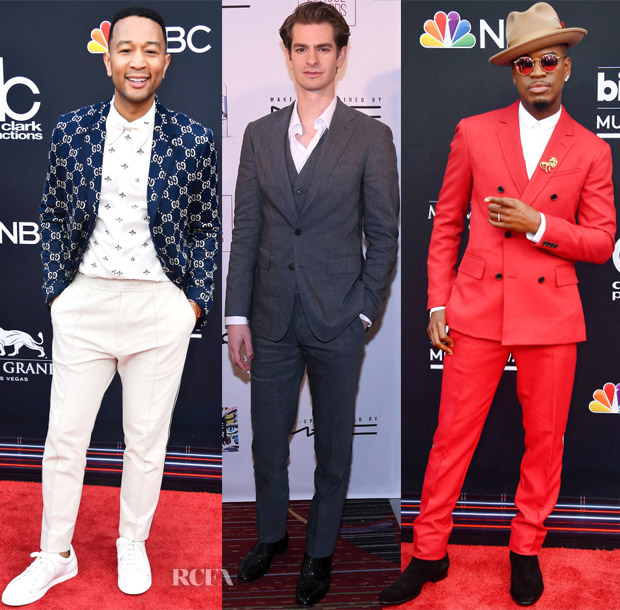 John Legend: The father-of-two joined Jennifer Lopez and Taylor Swift at the 2018 Billboard Music Awards on Sunday (May 20). He looked fresh in Gucci Pre-Fall 2018. It’s striking and perfect for the season, but his magnetic new-dad-smile might even outshine the patterns.

Andrew Garfield: The actor attended the 2018 Drama League Awards on Friday (May 18) wearing Burberry Tailoring. Even without a tie, the three-piece slim suit had a suave finish.

Neyo: Not afraid of colour, the crooner turned heads in red Calvin Klein at the 2018 Billboard Music Awards on Sunday (May 20). The accessories bring plenty of flavour. If I must nitpick, I wish the trouser break was smoother. 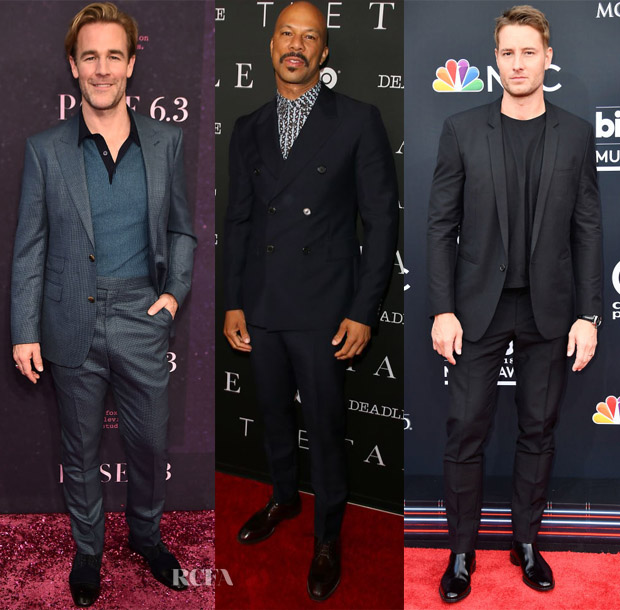 James Van Der Beek: The actor stepped out at the ‘Pose’ New York premiere on Thursday (May 17) in a Strong Suit by Ilaria Urbinati. The shades of blue are meant to present a uniform finish, but I’m not wholly convinced the shirt works with the suit.

Common: He joined Laura Dern at ‘The Tale’ FYC Event on Sunday (May 20). Outfitted in Prada, he looked cool and confident. The printed top prevents the buttoned suit from coming across as too somber.

Justin Hartley: Another one in dark tones, the ‘This Is Us’ actor wore Saint Laurent to the 2018 Billboard Music Awards on Sunday (May 20). It’s effortless and debonair, but some might find it a tad dull. A Luminor Due timepiece completed his look.

Who Was Your Best Dressed At The 2018 Billboard Music Awards?