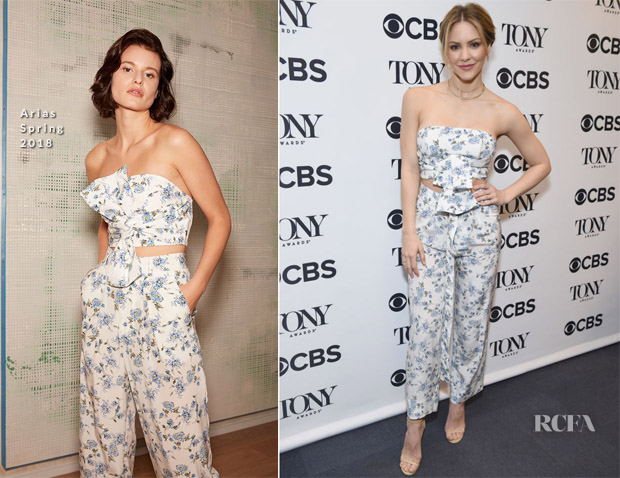 Katharine McPhee helped announce the 2018 Tony Awards nominations with Leslie Odom Jr. at the New York Public Library for the Performing Arts on Tuesday (May 1).

The ‘Scorpion’ actress was dressed for the season in Arias Spring 2018 separates.

The relaxed silhouettes and subdued floral print were a nice change of pace as many likely expected her to don a dress.

My only wish was that she styled the bow detail like the lookbook version, rather than having it folded down the front, as the sharper shape would have added a bit more drama to the pieces. 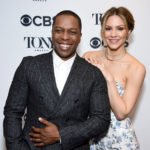 ‘Life Of The Party’ World Premiere

Posted by Heather Cichowski on May 2, 2018 In: Arias, Katharine McPhee, Runway To Red Carpet, Tony Awards