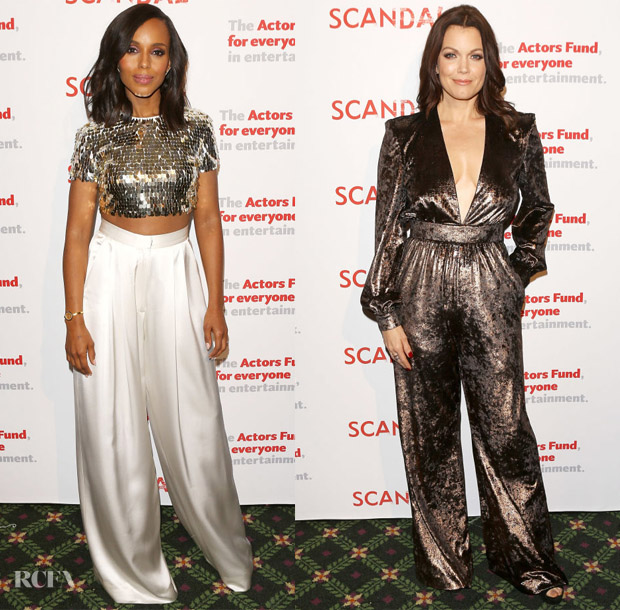 It was the end of an era as celebrities stepped out for the ‘Scandal’ series finale live reading on Thursday (April 19) in Los Angeles, California.

Kerry Washington: Always a fan of cutting edge silhouettes, the star contrasted a sequined crop top with billowing pants from August Getty Atelier. The armor-like paillettes against the graceful drape of the trousers was an unexpected but arresting mix. The trousers likely pay tribute to the shade her character frequently wore. It’s a shame they’re dragging on the ground.

Bellamy Young: Kerry’s co-star was clad in a Winonah jumpsuit. The colours might be subdued but they had a striking effect thanks to the crushed fabric. When the light hit it, it had such dimension. The plunging neckline added some sensuality against the long sleeves and flowing trousers. 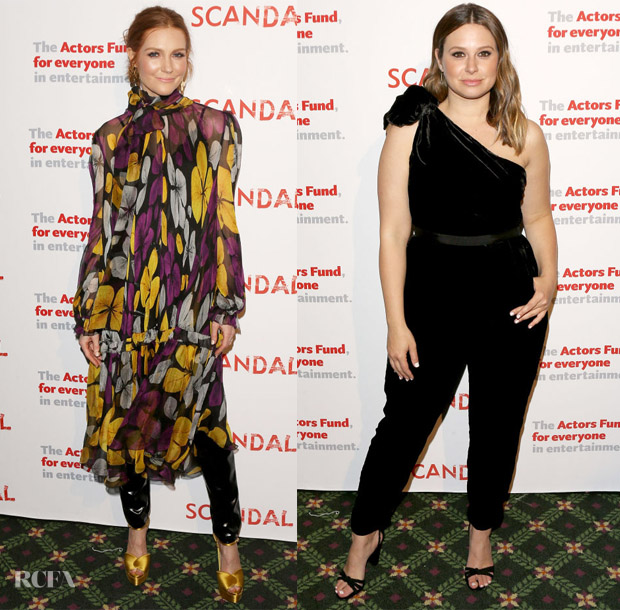 Darby Stanchfield: The American actress experimented with layers in Maria Lucia Hohan. Unfortunately, I’m having a hard time getting on board with the patent black pants with the knee-grazing frock. The proportions feel off, especially which the dress’s drop waist. While the shoes bring out the marigold pattern, they still feel out of place.

Katie Lowes: Another beauty in a jumpsuit, she opted for simplicity in a one-shouldered velvet style. Critics might crave something more dramatic for the series finale. I see the point, but think the piece suits her refined style and shows off her shape.