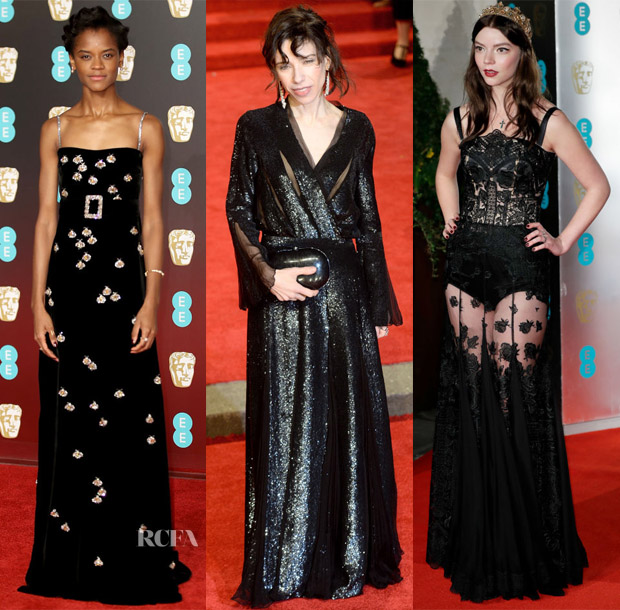 Black gowns dominated the 2018 BAFTAs on Sunday (February 18) at the Royal Albert Hall in London, England, but the red carpet was by no means boring with celebrities showing their support for the Time’s Up movement in a wide array of striking looks.

Letitia Wright: Showing a darker side of Gucci, the ‘Black Panther’ actress, who was one of the presenters on the night, looks charming in a belted dress. The bug-like embroidery perks up the black velvet base. Some have remarked how the brands looks sometimes suffer from too many details, but this one has the balance right.

Sally Hawkins: The Best Actress in a Leading Role nominee for ‘The Shape of Water’, shone in a Ralph & Russo gown. This is a more sensual look for her with the slashes in the bodice revealing a coquettish hint of skin. I wish she played into the theme more with romantic wavy hair.

Anya Taylor-Joy: Last year’s Rising Star Award nominee embraced the sexy glamour of Dolce & Gabbana in a black lace dress and golden crown. I can already hear the chants of people wishing the skirt was lined, and I must agree. 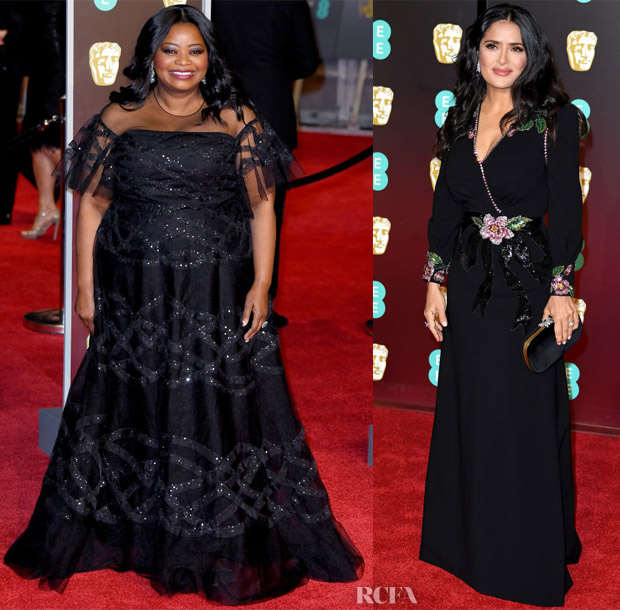 Octavia Spencer: Like her ‘Shape of Water’ co-star, the actress donned a decorative black Sachin & Babi gown.  It  had wonderful movement from the way the braid-like embellishment wrapped around her figure. I’m excited to see her wear other designers instead of the expected. Chopard jewels played up the sparkle.

Salma Hayek: I’ve always maintained that custom Gucci is when Salma shines. This is just another perfect example of that fact. 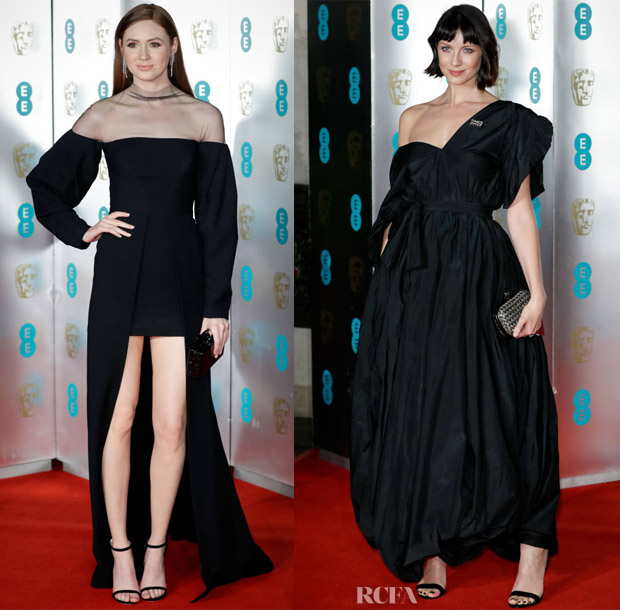 Karen Gillan: The ‘Jumanji’ actress showed some leg in a Vera Wang Collection dress. The high hemline was balanced with the graceful flowing panels on the sides is one of the more daring looks at this event. Did you see this as a fun an youthful red carpet entrance, or are you dead against mullet dresses?

Caitriona Balfe: I fear that some might refer to the ‘Outlander’ actress’s The Row Resort 2018 dress as being garbage bag-like given the balloon skirt and pleating. It’s an avant-garde look that was not as successful as it could have been. 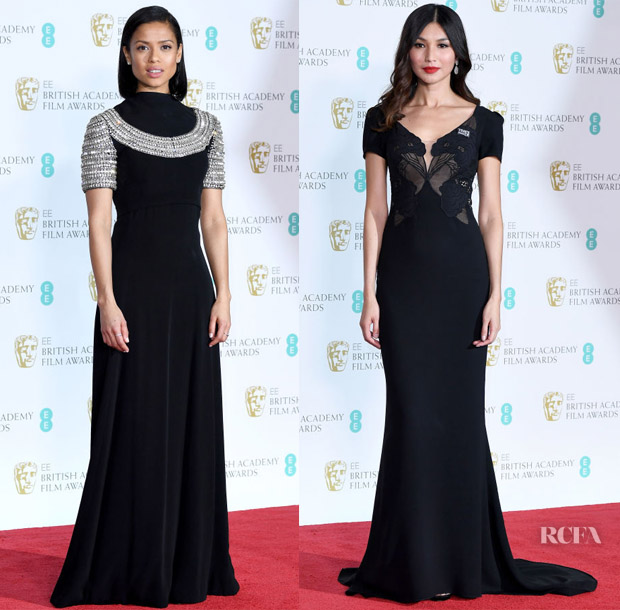 Gugu Mbatha-Raw: The presenter looked polished in a vintage Cardinali dress. I was struck by how it’s an older piece, but it has such a modernity from the armor-like embellishment sweeping across the chest and shoulders. EFFY Jewelry, Melinda Maria and Graziela Gems jewels enhanced the detail work.

Gemma Chan: Clad in Stella McCartney, the ‘Humans’ actress made a graceful statement. The gown is cut perfectly on her creating a liquid-like effect as it drapes to the floor. Not to be missed was the embroidery work which has a whimsical naturalistic sentiment. 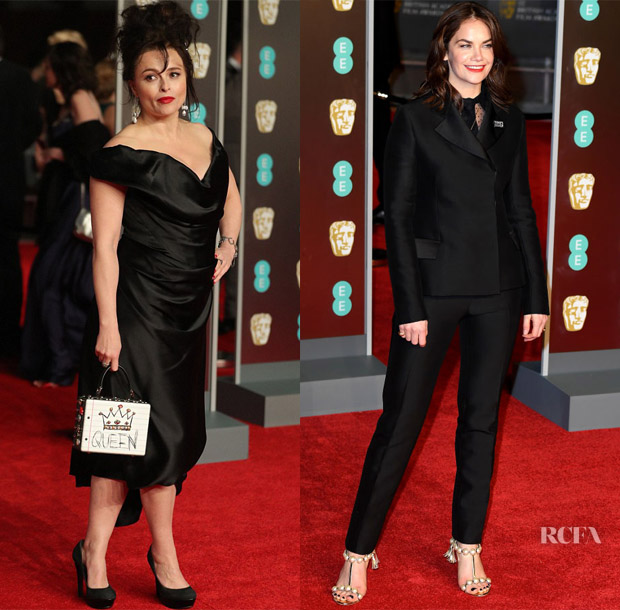 Helena Bonham-Carter: The actress did not disappoint in her Vivienne Westwood dress with it embodying her own brand of off-kilter glamour. Never one to forget the power of accessories, she carried a whimsical Dolce & Gabbana bag with ‘Queen’ scrawled across it, which was a nod to her new regal role on ‘The Crown’.

Ruth Wilson: Forgoing a dress for chic separates, ‘The Affair’ star was clad in Christian Dior Spring 2018 Couture. It was a sharp look, but the Paula Cademartori ‘Diana’ sandals feeling out of place.

Anya Taylor-Joy Wore Zimmermann To The &...

Anya Taylor-Joy Wore Loewe To The ‘...