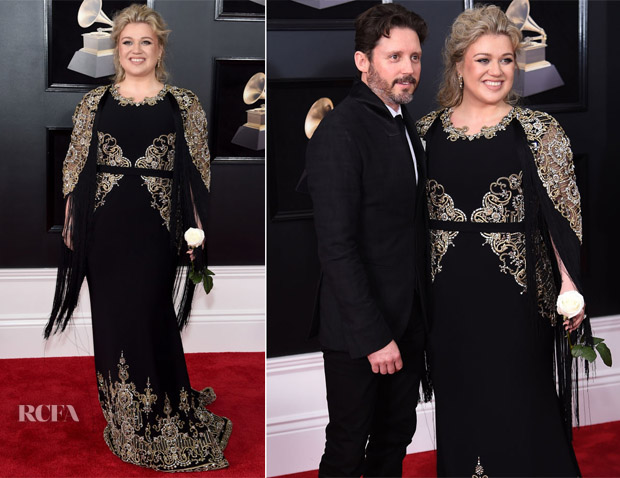 Kelly Clarkson and her husband Brandon Blackstock put on a matching display at the 2018 Grammy Awards on Sunday (January 28) in New York City at Madison Square Garden.

The Best Pop Solo Performance nominee was outfitted in a custom Christian Siriano dress which her partner’s sharp suit offset.

The singer often gravitates towards outfits with a dark romance and this fringed gown with intricate golden lace detailing speaks to that.

The piece has a regal air, but methinks the effect would actually have been stronger if one or two elements were removed — namely, the belt.

A long-stemmed rose to support the #TimesUp movement finished the romantic look.

Cardi B In Moschino by Jeremy Scott – 2018 Grammy Awards Performance