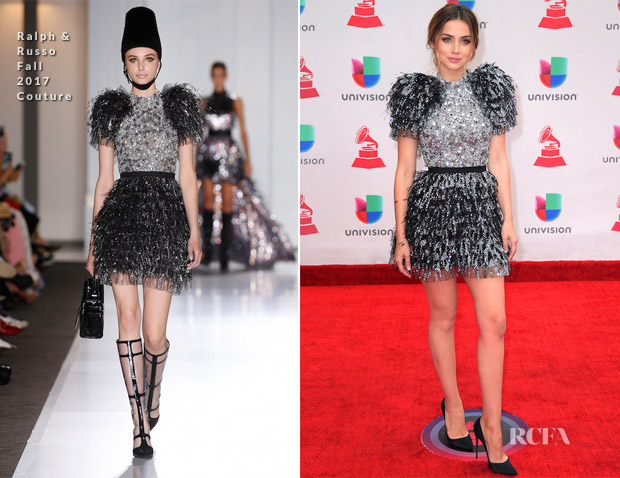 Ana De Armas made a silver statement at the 2017 Latin Grammy Awards on Thursday (November 16) in Las Vegas, Nevada.

Clad in Ralph & Russo Fall 2017 Couture, the Cuban actress exuded ethereal beauty. We mostly think of whimsical looks as being long and flowing, but the layers of tinsel-like fabric created a magical effect.

The addition of the silver bodice could have been too much, but its armor-like finish against the tufts of darker fabric left me awestruck.

Are you charmed by this look?