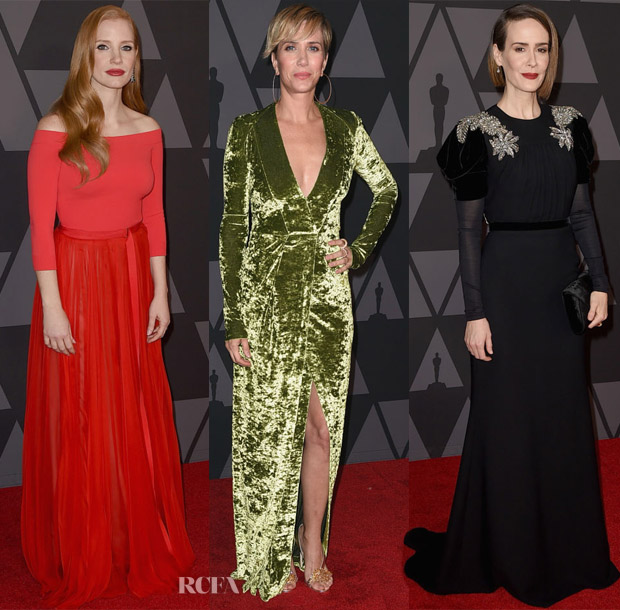 The long list of stars continued at the 9th Annual Governors Awards on Saturday (November 11) in Hollywood, California. Here, a look at the rest of the glamorous ensembles that graced the red carpet.

Jessica Chastain: Flame-red locks and a flame-red gown made for a perfected, fiery match in this Alexander McQueen gown that was topped off with even more elegantly sultry attitude in her red lip.

Kristen Wiig: I’m not sure this Galvan London Fall 2017 velvet gown photographed as well as it could have. But, I still liked her embrace of the daring plunge and the pairing of the Atelier Swarovski by Christopher Kane jewels and Djula diamond hoops.

Sarah Paulson: Channeling a gothic twist on glamour, Sarah showed off the darkly sophisticated side of Miu Miu with this embellished, bold-shoulder gown that was finished in similar mood with an oxblood lip and a Tyler Ellis clutch. 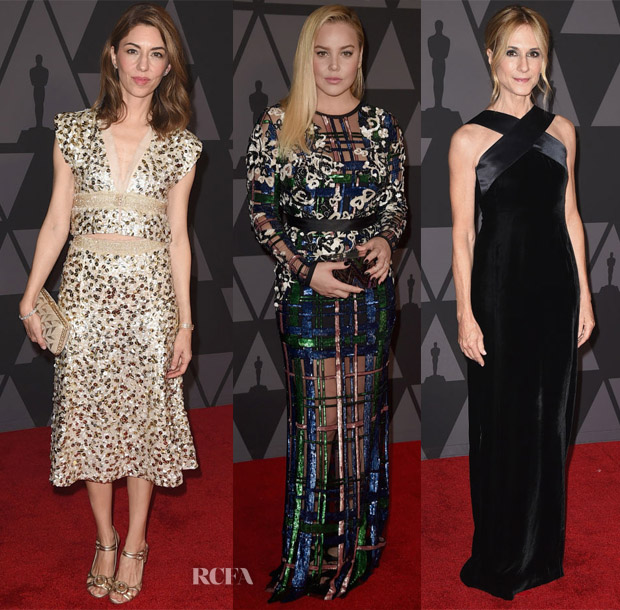 Abbie Cornish: There was no shortage of embellishment in Abbie’s Elie Saab Pre-Fall 2017 gown styled with an Emm Kuo clutch. Did you prefer the nude lining from the lookbook?

Holly Hunter: Her straightforward, no-muss-no-fuss style was epitomized in this Akris black gown that was sleek and refined. 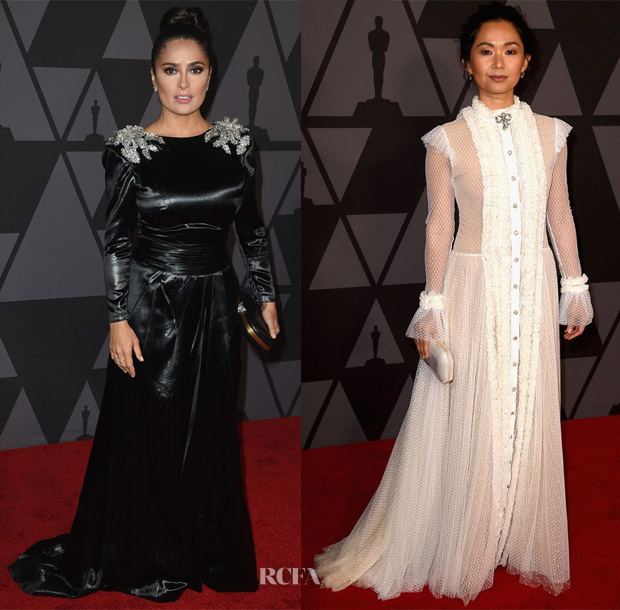 Salma Hayek: I have a feeling the slick sheen, long hemline, and overcooked shoulders of this Gucci gown may not go down well with the majority.

Hong Chau: Crinoline took on an all-new attitude in the whimsical romance of this Philosophy di Lorenzo Serafini Fall 2017 gown styled with a Tyler Ellis clutch. 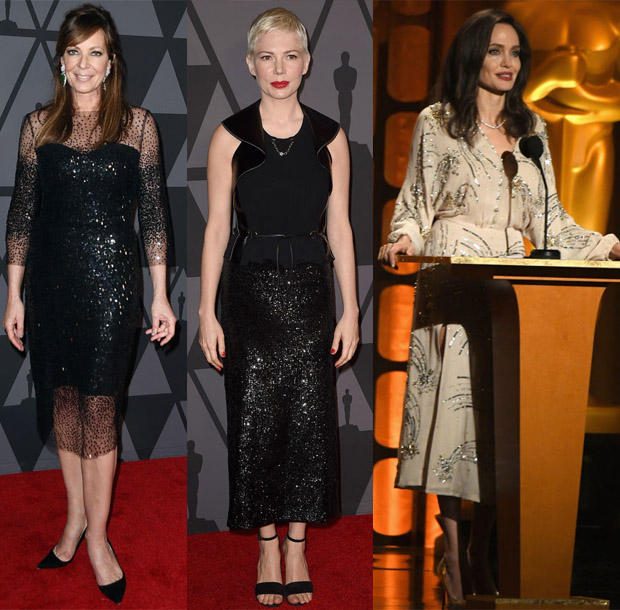 Michelle Williams: Naturally, Michelle was wearing a Louis Vuitton look that got a dose of modern glamour in the tonal embellished skirt. The red lip helped to boost the look, too.

Angelina Jolie: We didn’t see Angelina on the red carpet, but we did get a glimpse of her Elisabetta Franchi Fall 2017 dress whilst she was on stage. While the loosely draped silhouette was very much in her wheelhouse, I liked seeing her embrace of embellishment on this occasion.