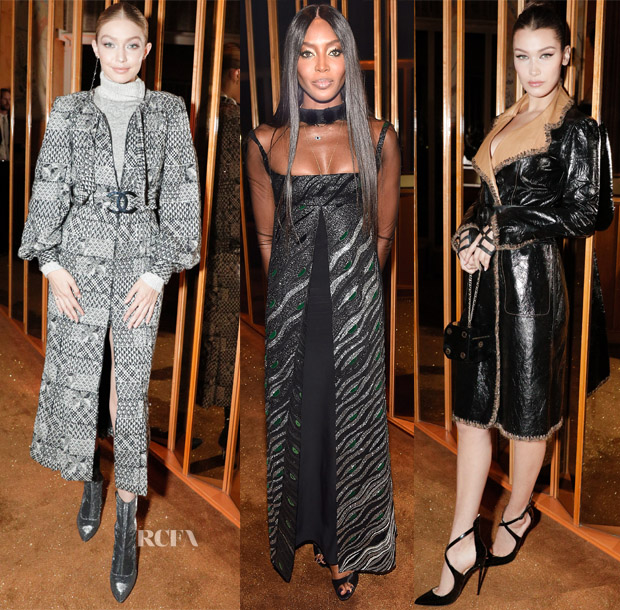 The stylish ladies were out at the V Magazine dinner honoring Karl Lagerfeld on Monday (October 23) in New York City.

Gigi Hadid: The model looked ready for autumn in Chanel Fall 2017 Act 1. While grey isn’t the most impactful colour, I was enamored with the subtle variations in the mixed print jacket, two-tone top and dark boots. The high neckline and her sleek hair still had an essence of athleisure, which we know Gigi loves. The only minuscule thing dragging this down is the one dangling earring as it appears disjointed.

Naomi Campbell: The supermodel is fond of fitted shapes so I was surprised to see her in this Fendi ensemble featuring a soft flared silhouette. The low neckline and shimmering zebra-like fabric were more in keeping with her signature look. The slit front is something that is made to be moved in so I would have liked to see this on a red carpet. That being said, she still carried it off beautifully.

Bella Hadid: Also in Chanel, the model wore a Pre-Fall 2017 coat. She added some major sexiness to the two-tone style by wearing it sans shirt and trousers. It was the perfect foil to her sister’s softer grey layers. 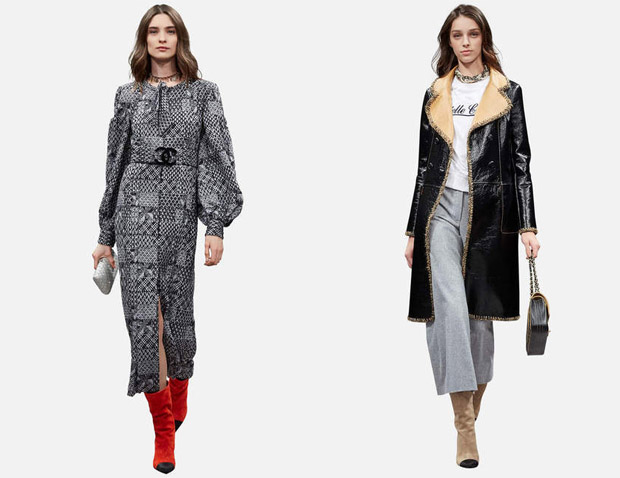 7 Responses to V Magazine Dinner in honor of Karl Lagerfeld