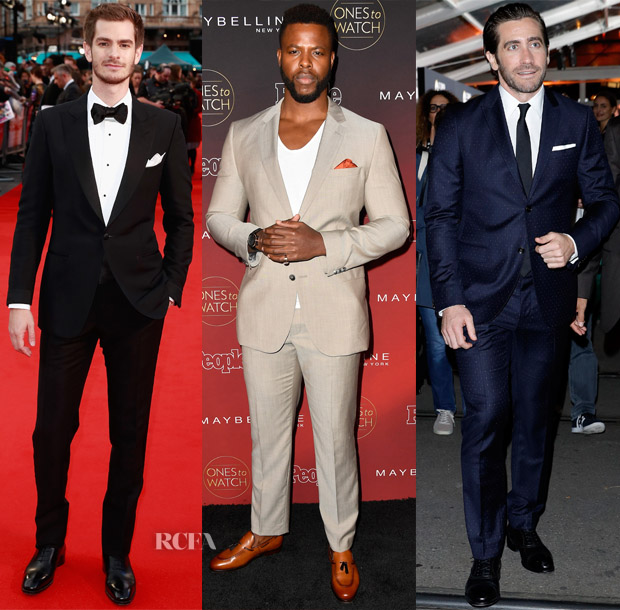 Here, a look at what the men have been up to on the red carpet lately.

Andrew Garfield: Joining Claire Foy for the ‘Breathe’ premiere at the BFI London Film Festival on Wednesday (October 4), Andrew couldn’t have looked more dapper if he tried in this Tom Ford tuxedo. There’s just something about the classic refinement of a tailored-to-perfection tux that gets me every time.

Winston Duke: The actor also made the honourable list of People’s ‘Ones To Watch,’ where he joined Paris Jackson for the celebration in LA on Wednesday (October 4). With this Hugo Boss suit and pops of burnt-orange accessories, he proved his style is something to look out for, too.

Jake Gyllenhaal: Jake has been making waves as the handsome new face of Eternity by Calvin Klein, but on Tuesday (October 3), he brought his eternally fine form to the ‘Stronger’ premiere during the 13th Zurich Film Festival. This Gucci midnight-navy suit checked the box—and blue is most certainly his colour—but I would have loved to see him push the envelope just a bit more. 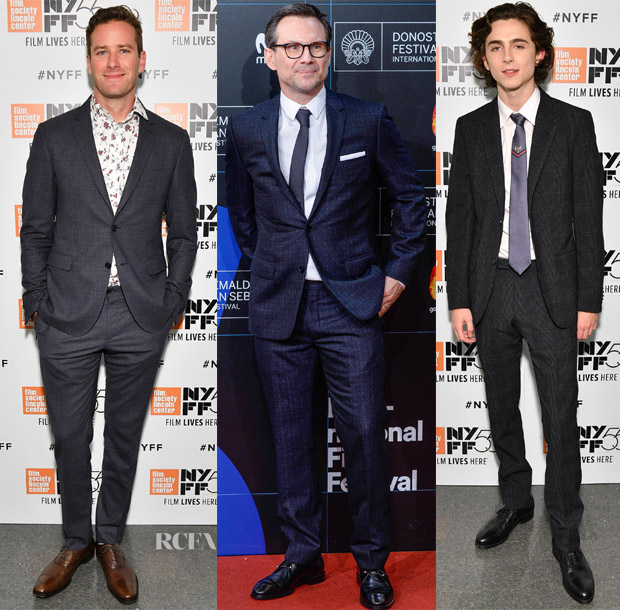 Armie Hammer: The ‘Call Me by Your Name’ screening at the 55th New York Film Festival on Tuesday (October 3) also saw Armie in attendance alongside Dakota Johnson, where he donned a Salvatore Ferragamo suit. I love how he brought a stylized twist to the tailoring with the floral-print button-down shirt.

Christian Slater: At the 65th San Sebastian Film Festival Closing Ceremony in Spain last Saturday (September 30), Christian wore a Dior Homme textural suit, which had a casual-smart flair—in part due to his glasses, I think.

Timothée Chalamet: Also at the ‘Call Me By Your Name’ screening, the young up-and-comer gave a go at a Gucci ensemble where the unbuttoned jacket and embossed tie brought a certain boyish sensibility to the formality of the look.