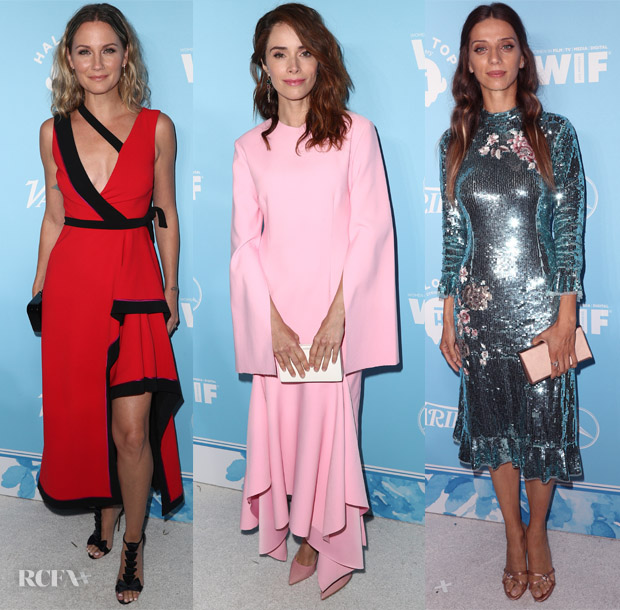 While Entertainment Weekly was hosting its Pre-Emmy Party on Friday (September 15) in West Hollywood, California. Variety and Women in Film were doing the same thing with their Pre-Emmy Celebration in West Hollywood that likewise attracted a number of stars.

Jennifer Nettles: Between the black paneling and the tiered skirt, this black-and-red dress could have benefited from a slightly simpler approach as it looked a bit haphazard as presented. Ileana Makri jewels completed the look.

Angela Sarafyan: This Elisabetta Franchi Fall 2017 floral-embroidered frock was an intriguing fusion between high-octane shine and a slight Victorian vibe. Giuseppe Zanotti sandals and a Jimmy Choo clutch blended right in, in the best way possible. 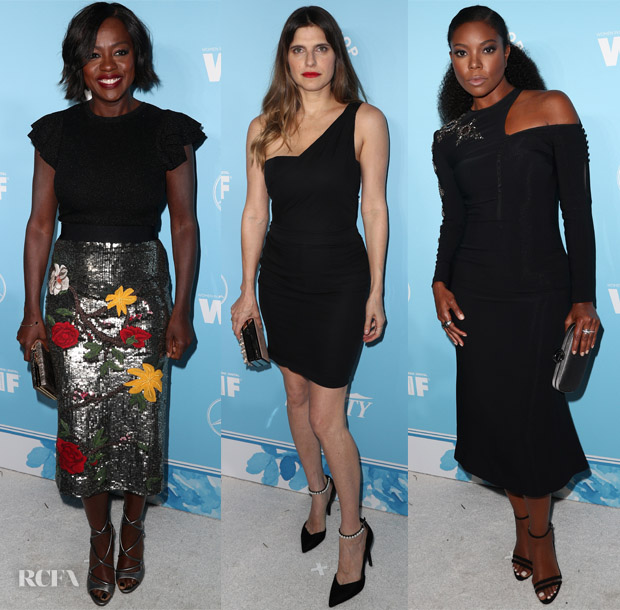 Viola Davis: The star of the show in this Alice + Olivia look was clearly the floral-festooned, sequin skirt. I love how Viola wore it with the ruffle-sleeve top and metallic sandals, which complemented it rather than competed with it.

Lake Bell: Lake kept it simple in a Giorgio Armani little black dress, but dialled up the drama with a red lip and pearl-studded Stella Luna heels.

Gabrielle Union: Balancing femininity and edge, which she does so well, Gabrielle combined the cold shoulder with sparkling embellishment in this Antonio Berardi body-con dress styled with a Halston Heritage clutch and John Hardy Jewels. 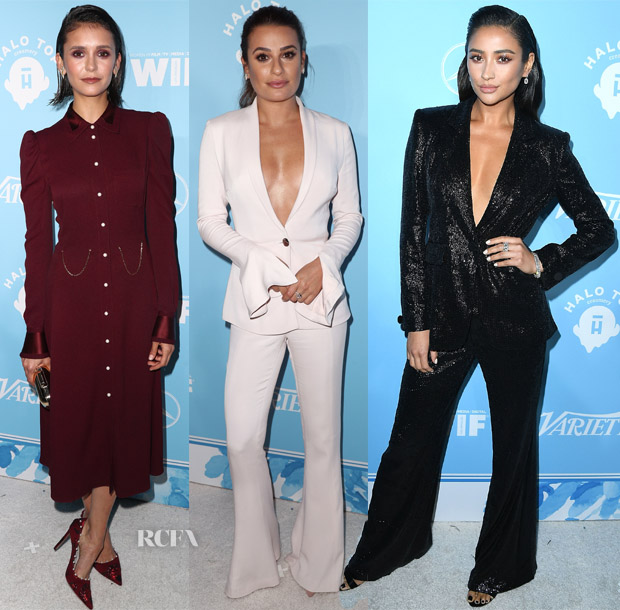 Nina Dobrev: With a ladylike-meets-military mood, this Altuzarra Fall 2017 burgundy dress walked on the edgier side if only by virtue of Nina’s wet-look hair, which will likely be a debated element of the look.

Lea Michele: There will be no debating the inherent sexiness of Lea’s Cushnie et Ochs plunging suit that would never be mistaken for menswear. 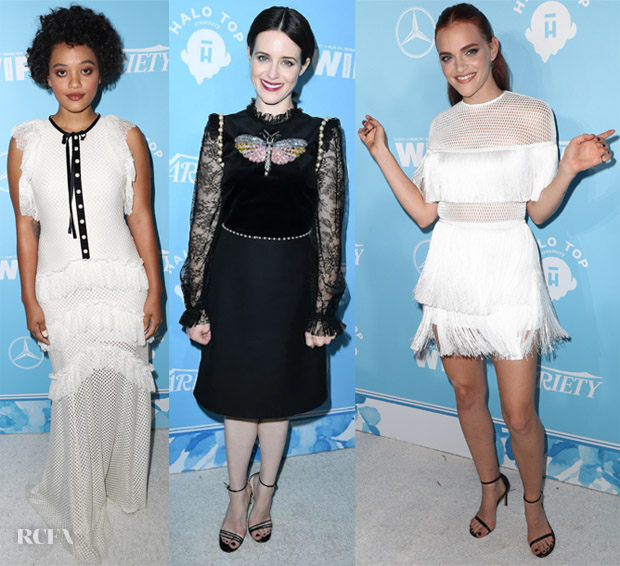 Kiersey Clemons: Even though there was a lot going on in this Philosophy di Lorenzo Serafini dress, what with the ruffles, mesh, and pearls, it had a certain mod ethereal quality that Kiersey worked to her advantage.

Claire Foy: We first saw her transformation at the Toronto Film Festival, and Claire has continued her walk on the dark side in this Gucci embroidered, lace dress, which references a goth sensibility—especially with her oxblood lip.

Madeline Brewer: With her shimmying mini on, Madeline was ready to party in this Vatanika Resort 2018 fringe-happy frock.