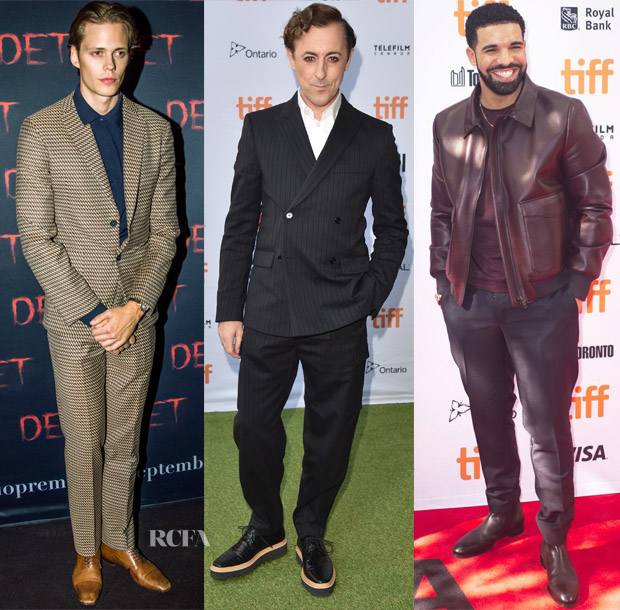 The men didn’t take a break this weekend either, with the 2017 Toronto Film Festival summoning many of them to the red carpet—plus a few other occasions.

Bill Skarsgard: At the ‘It’ Stockholm premiere, Bill wore a tweedy, printed Bottega Veneta suit that he enhanced with the deep navy dress shirt. I just wish he had buttoned the top button of his jacket.

Aubrey Drake Graham: At ‘The Carter Effect’ TIFF premiere on Saturday (September 9), the entertainer dressed up in a Prada ensemble that was emboldened by its aubergine palette. 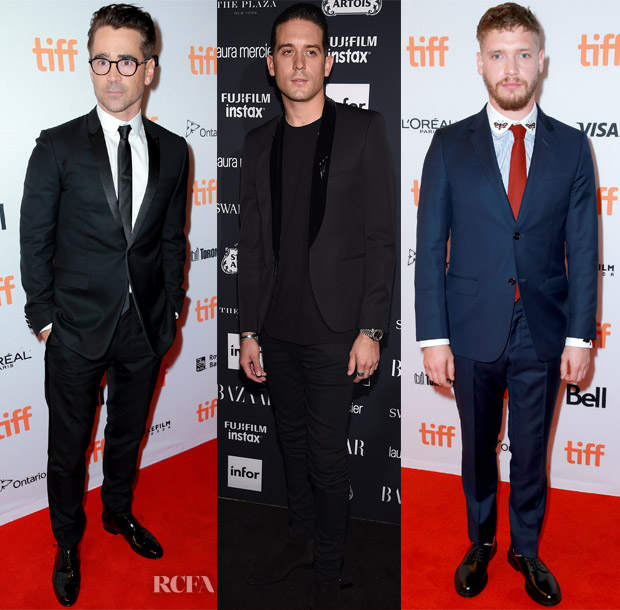 Colin Farrell: At ‘The Killing of a Sacred Deer’ TIFF premiere on Saturday (September 9), Colin smartened up his Dior Homme classic suit with his pair of geek-chic eyeglasses for a handsome effect.

Billy Howle: The actor wore a Gucci navy suit to the ‘On Chesil Beach’ TIFF premiere, which thankfully only had two butterflies embroidered on the dress shirt, as opposed to the overabundance of Gucci decoration we’ve seen lately on the likes of Jared Leto. 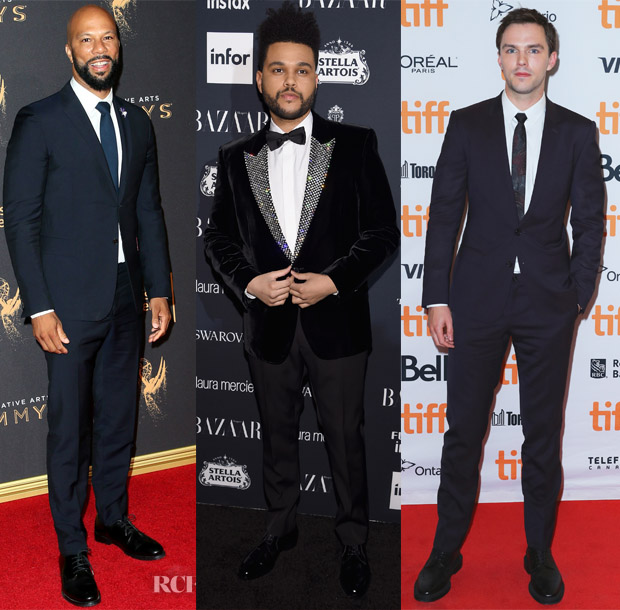 Common: At the 2017 Creative Arts Emmy Awards, Common dressed up in a sleek Valentino suit that I loved for its midnight hue and suave form. Fred Leighton jewelry completed his look.

The Weeknd: Also at the Harper’s BAZAAR party, the entertainer brought the party in his Saint Laurent crystallized blazer alone. It was the performance piece of the look, but perhaps a bit overdone. 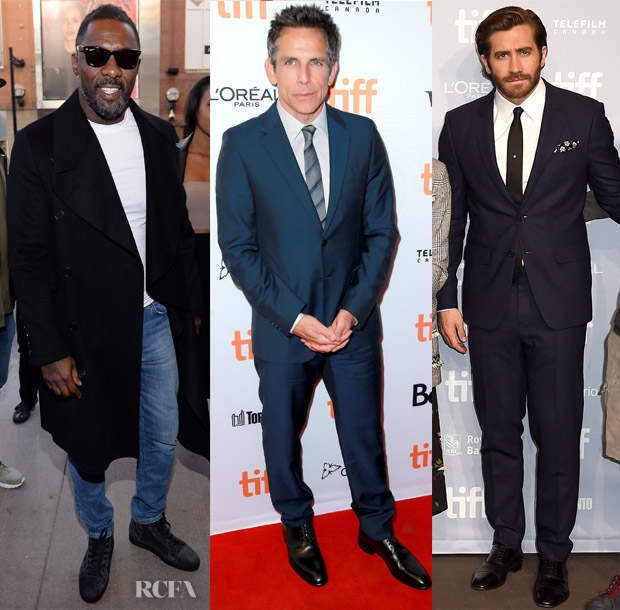 Ben Stiller: Speaking of standard suiting, that was Ben’s M.O. with this Prada navy suite at the ‘Brad’s Status’ TIFF premiere on Friday (September 9).

Jake Gyllenhaal: At the ‘Stronger’  TIFFphotocall on Friday (September 9), Jake wore a Givenchy suit styled with a printed pocket square and star-stud tie for added impact—although I believe the tailoring could have been a bit sharper.