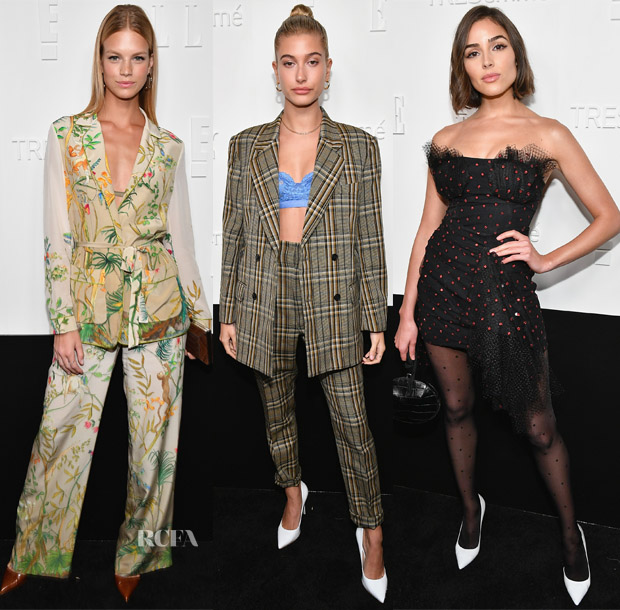 In addition to Tracee Ellis Ross, Kate Bosworth, and Gabrielle Union, a number of other lovelies showed up to the E!, ELLE & IMG’s NYFW Kickoff Party—A Celebration of Personal Style—on Wednesday (September 6) in New York City.

Nadine Leopold: The pyjama effect was not lost on Nadine, as she wore the loungewear-as-outerwear trend in this Alberta Ferretti Resort 2018 foliage-patterned ensemble. The effect came across as polished, thanks to her sleek styling that included Jenny Bird earrings and pointy pumps.

Hailey Baldwin: We’ve seen a few interpretations of boxy, mannish inspiration take hold in womenswear on the red carpet, and Hailey’s Toga Fall 2017 plaid suiting can be added to the list. But, leave it to Hailey to bring sexy appeal to the boxy look with her powder-blue Lonely ‘Lulu’ underwire bra. Even so, the brightness of her white pumps kept my gaze directed downwards; they were such an odd choice of footwear.

Olivia Culpo: The epidemic of the blinding white pumps continued in Olivia’s look, whereby they shouldn’t have appeared anywhere near this Carmen March Fall 2017 frilly polka-dot dress. Ankles up, it was such a fun, flirty look, so it’s a shame about the shoes. 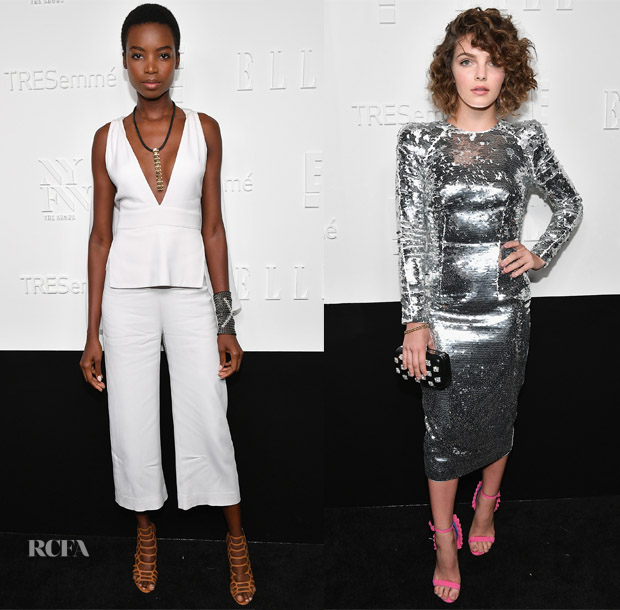 Maria Borges: Some may lament the creases in this Cushnie et Ochs Pre-Fall 2017 look, but I was still was a fan of the crisp simplicity mixed with the drama of the cape back and the bold, tribal-inspired accessories.

Camren Bicondova: Camren definitely was ready to party in this Alex Perry retro-inspired silver frock. Whereas these high-octane, shiny foil-like looks can sometimes get overcooked, Camren kept hers on solid footing with her styling. I love her choice of hot-pink Serap Su sandals for an unexpected twist along with a Henri Bendel clutch to round it out. 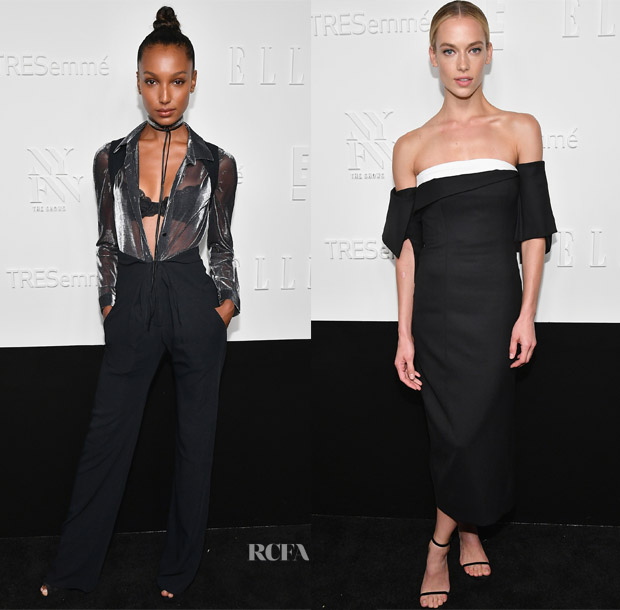 Hannah Ferguson: Sleek minimalism was the name of the game with this Monse dress styled with Saint Laurent sandals. This event brought out a number of strong, attention-grabbing looks, so it was quite refreshing to see such a simple, chic statement here.