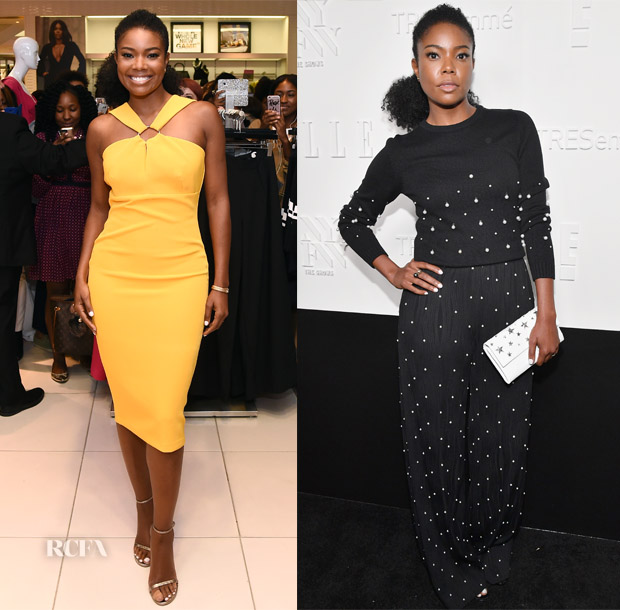 Gabrielle Union was all smiles as she attends the launch event for her Gabrielle Union Collection with New York & Company on Wednesday afternoon (September 6) in New York City, before headed to the NYFW Kickoff Party hosted by E!, Elle, & IMG.

Gabrielle Union Collection Launch At New York & Company: Having just returned to the US following her summer vacation in Greece, the actress’s glow was intensified by this yellow halterneck cocktail dress from her New York & Company collection which she styled with John Hardy jewels. As someone who loves a yellow and blue combo, jumpsuits and easy-to-wear pieces, there were many items within this collection for me to lust over, like the kimono which I also own. You can view the whole Gabrielle Union collection at New York Company.

E!, Elle, & IMG the NYFW Kickoff Party: Going from a bright colour to all black, her Prabal Gurung Resort 2018 cashmere look which despite the pearl accents had a loungewear rather than party feel. 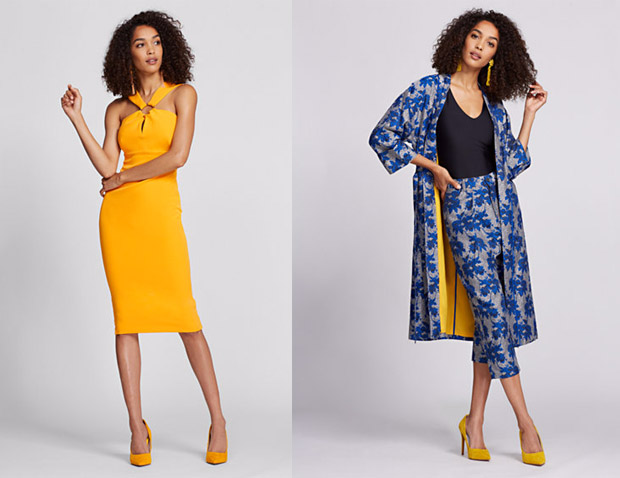