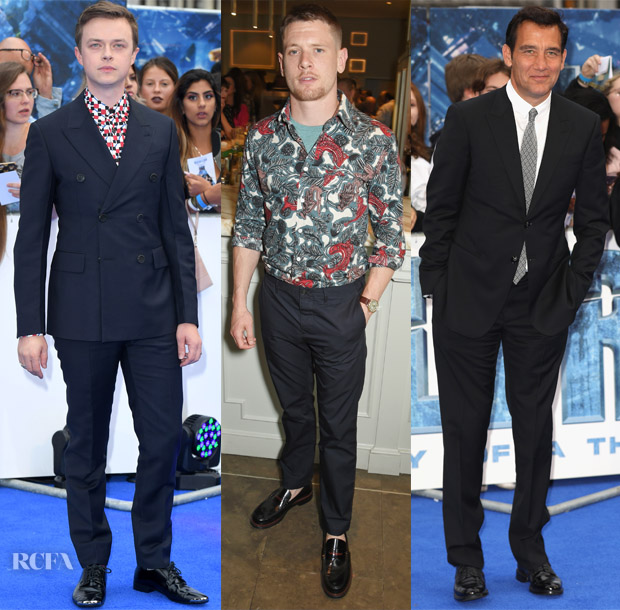 Here, a quick catch-up on the menswear looks that have taken to the red carpet over the past few days.

Dane DeHaan: Dane joined Cara Delevingne and Rihanna at the ‘Valerian And The City Of A Thousand Planets’ European premiere in London on Monday (July 24). With the girls bringing plenty of drama, he didn’t skimp on a bit of style-forward punch in his Prada double-breasted suite with an artsy, graphic shirt underneath.

Jack O’Connell: Joining Sienna Miller, I can only surmise that Jack was playing into the ’50s setting of ‘Cat on a Hot Tin Roof’ at the play’s press night after party on Monday (July 24) in London, as the styling of this Burberry ensemble with the undershirt and cropped trousers had more vintage influences than modern ones.

Clive Owen: Also at the ‘Valerian And The City Of A Thousand Planets’ European premiere, Clive kept it traditional in a Giorgio Armani suit that was nice if nothing to write home about. 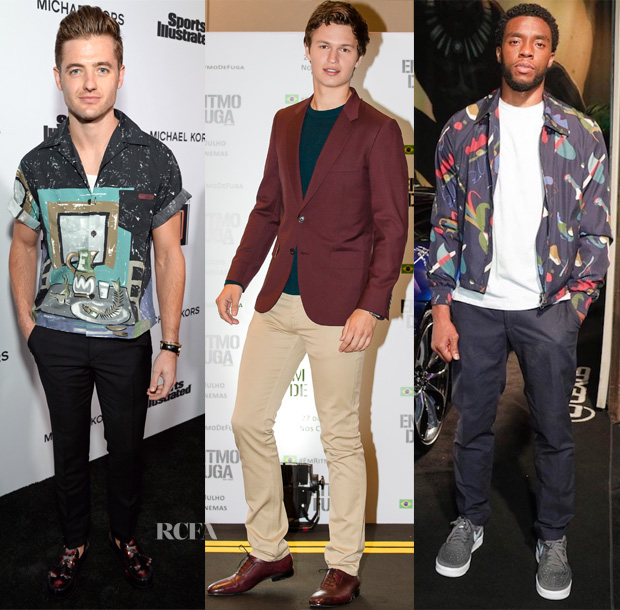 Ansel Elgort: For the ‘Baby Driver’ photocall in Sao Paulo, Brazil on Monday (July 24), Ansel couldn’t have looked more sharp. I love how he combined the richness of the maroon blazer and teal shirt with the lighter khaki trousers—and that the pieces fit him perfectly.

Chadwick Boseman: Also channeling his artsier side, Chadwick kept it cool and casual in Salvatore Ferragamo Spring 2017 separates including an abstract printed track jacket. I think the proportions between the long T-shirt, and slouchy pants did make the jacket seem a bit shrunken on him.