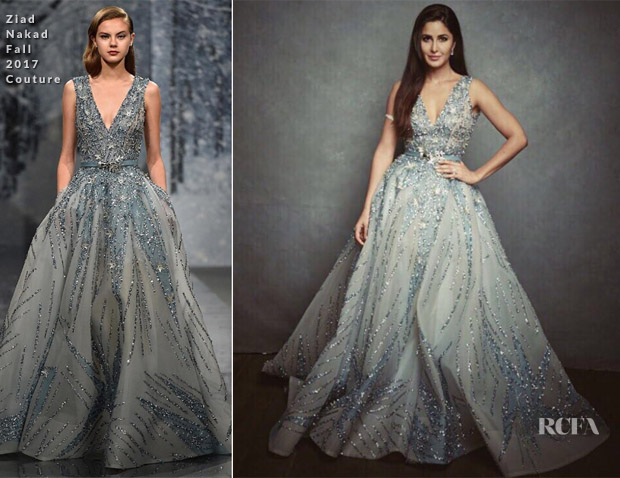 Katrina Kaif: The Bollywood actress was one of the honourees of the evening, and there would be no denying she didn’t fully dress for the occasion in this dramatic confection of a gown from Lebanese designer Ziad Nakad’s Fall 2017 Couture collection. It featured a dreamscape of crystallized embellishment, which she complemented in her John Hardy jewels. 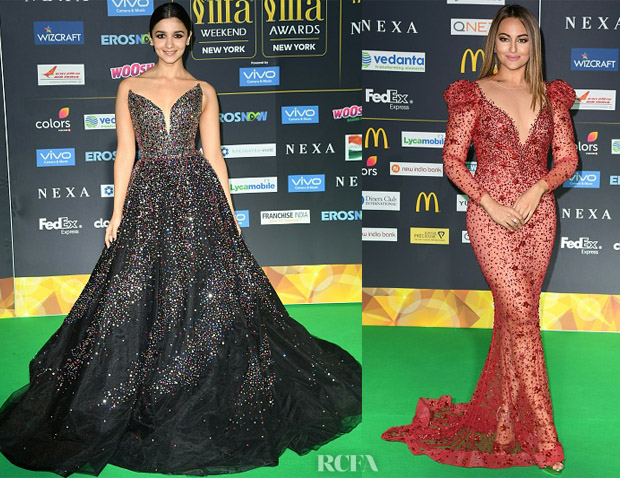 Alia Bhatt: Alia won the Best Actor Female award for her work in ‘Udta Punjab,’ and she likewise left no crystal unturned in this Zuhair Murad Couture masterpiece that had all the magic of swirling constellations of stars in a night sky.

Sonakshi Sinha: From the visible illusion neckline, to the sheer skirt, and the puff shoulder, I couldn’t get as excited about this LaBourjoisie embellished gown, which translated as a bit dated. Chopard jewels completed the look. 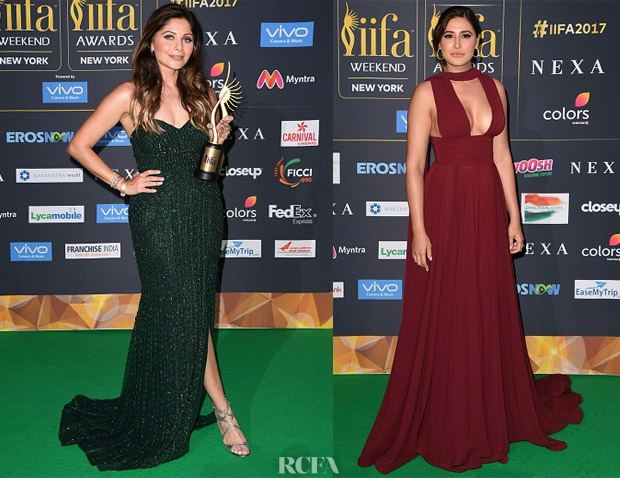 Kanika Kapoor: Kanika celebrated her trophy with an embellished gown, this one from Falguni Shane Peacock. I loved this deep shade of emerald green on her.

Nargis Fakhri: Skipping the evening’s go-to glittery trend, Nargis instead let the cleavage-enhancing cutout of her Gauri & Nainika gown do all the talking. The elegance of her updo helped keep the look on classic footing. 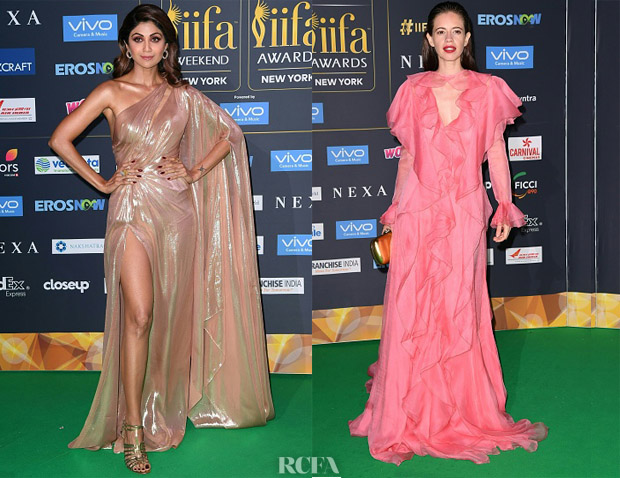 Shilpa Shetty: There is no question that a cape sleeve always delivers drama. But, some of that sophistication was compromised in the holographic sheen on the fabric used for this Monisha Jaising slit-to-there gown.

Kalki Koechlin: I’m not sure what Kalki was going for in this Gucci gown, but first and foremost, I think she was handed the wrong size—it seemed as if she was drowning in a sea of bubblegum ruffles.