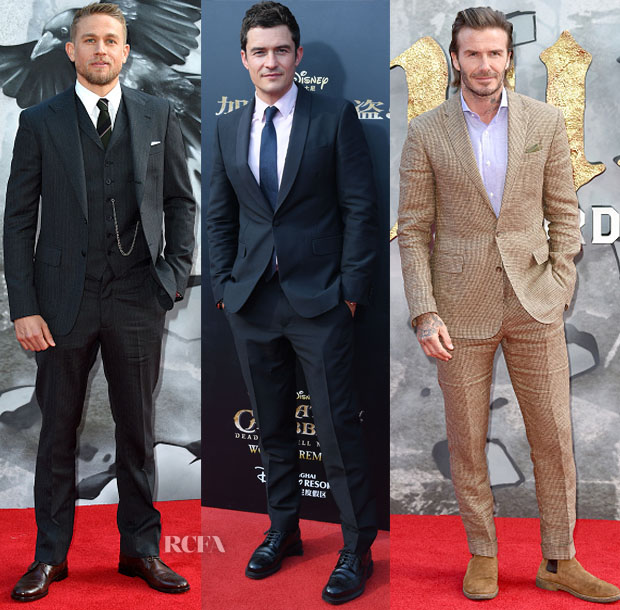 There were no shortage of men making waves this week with their style statements on the red carpet—and on the stage. Here’s a roundup of their latest looks.

Charlie Hunnam: Charlie joined the league of ladies at the London premiere of ‘King Arthur: Legend of the Sword’ on Tuesday (May 10)—and he looked quite regal on the red carpet in his Ralph Lauren three-piece suit that

Orlando Bloom: Suavely straightforward at the Shanghai premiere of ‘Pirates of the Caribbean: Dead Men Tell No Tales’ on Thursday (May 11), Orlando donned a navy Prada suit that was enhanced by the light-pink button-down underneath—a striking and unexpected treat.

David Beckham: Also playing with a pastel-hued dress shirt, David skipped the dark-suited convention and dressed in a tweedy, raffia Ralph Lauren ensemble when he joined Charlie for the ‘King Arthur’ premiere. 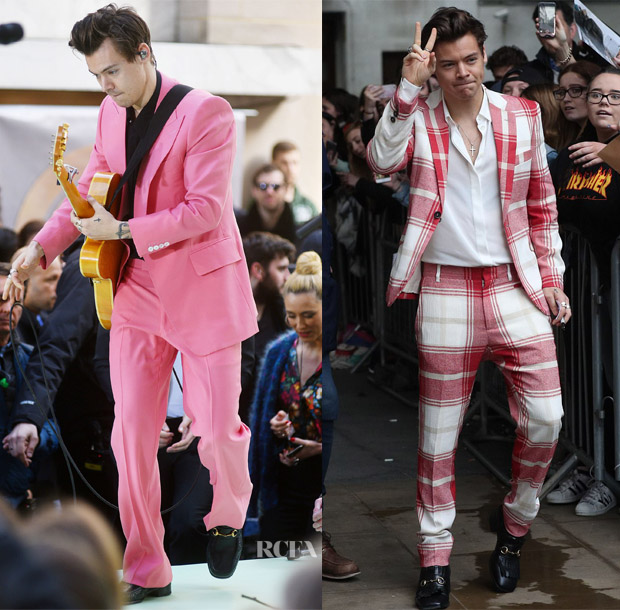 Harry Styles has also been making the rounds this week, first in New York City before heading back across the pond to London.

The Today Show: In NYC, Harry proved that real men can wear pink in his Edward Sexton bubblegum suit that had him channeling a certain funky, retro spirit while on stage on Monday (May 9).

BBC Radio Studios: Changing into another attention-grabbing suit, Harry was back in London on Thursday (May 11), Harry Styles went mad for plaid in this red suit with Gucci loafers. 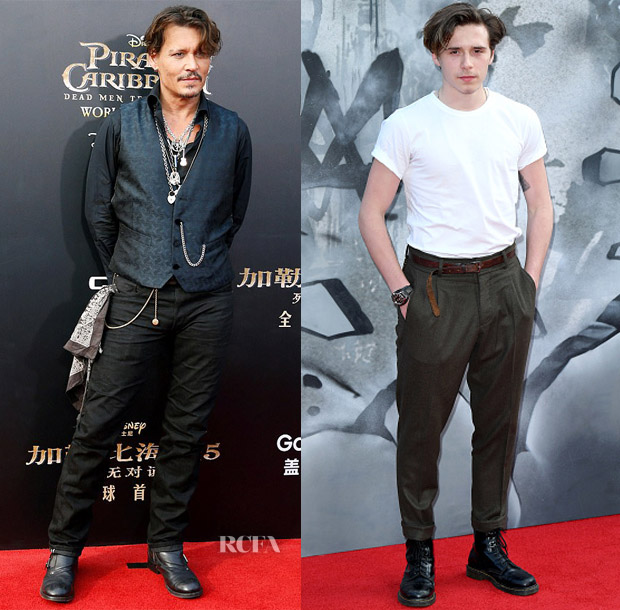 Johnny Depp: Johnny was also at the ‘Pirates of the Caribbean’ premiere, where his signature style did not take the night off. Continuing his love of a good vest, he donned a Christian Dior ensemble topped off with a pirate’s booty worth of chains and a handkerchief for good measure.