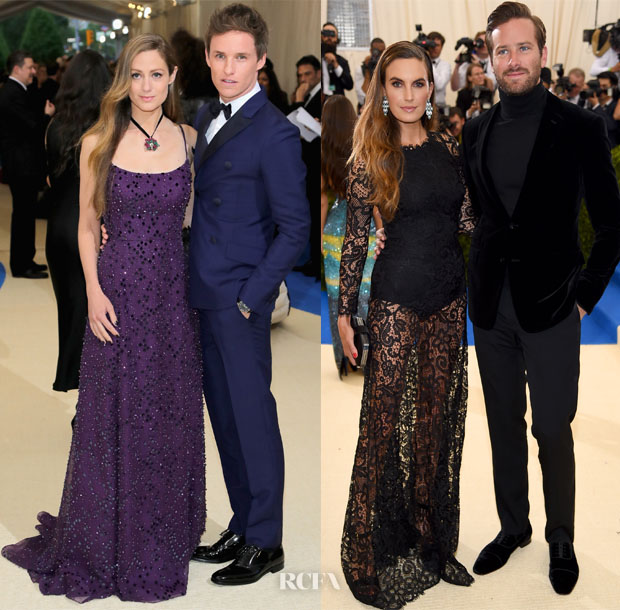 In addition to Pharrell Williams and Helen Lasichanch, there were a few other couples who attended the 2017 Met Gala on Monday (May 1) in New York City.

Eddie Redmayne & Hannah Bagshawe: While they may not have fully embraced the theme like Pharrell and Helen, Eddie and Hannah still made for a pretty partnership in Prada. The deep jewel-toned hue of her amethyst gown, awash in the label’s signature embellishment, was striking against his midnight-navy suit that was precision-tailored with just the right amount of quirk in its oversized buttons.

Armie Hammer & Elizabeth Chambers Hammer: Coordinating in all black, both Armie and Elizabeth wore Ralph Lauren ensembles. However, no offense to Armie, no one was looking at his monochromatic moment that was nothing if not handsomely sleek. But, with her sheer lace gown, Elizabeth commanded attention—even if we’ve seen this leggy look done countless times over. Its ubiquity has cancelled out any hope of the avant-garde, although a more sculptural, origami-style ’do might have helped inch this ensemble closer to the night’s theme. 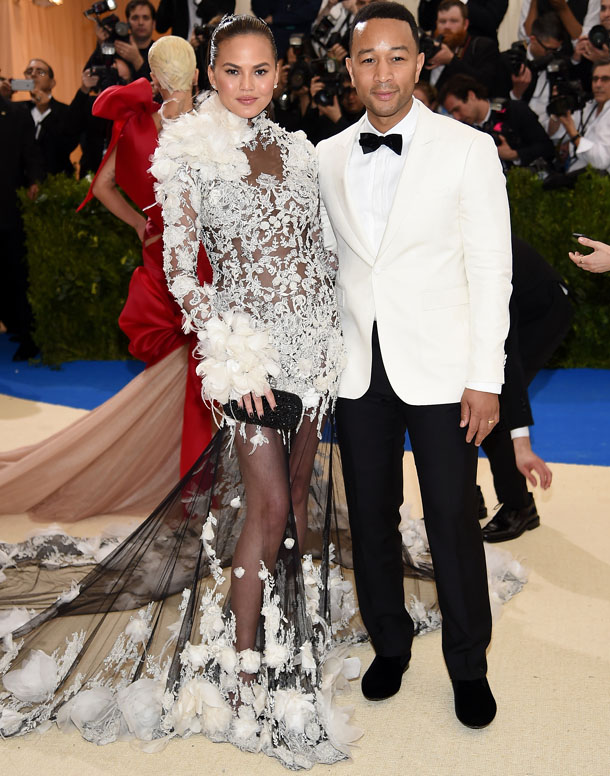 Chrissy Teigen and John Legend: Known as one of the hottest celebrity couples, Chrissy and John were serving up a hot dose of yin and yang in their colour coordinated looks. While both looks were predictable – her in a sheer Marchesa gown and him in a sharp tux – they were definitely one of the best dressed couples on the night.