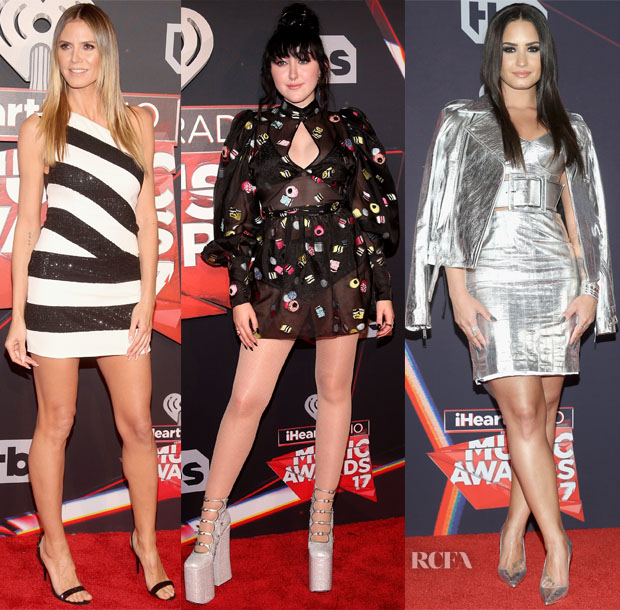 Here is the roundup for the 2017 iHeartRadio Music Awards, where there were more misses than hits.

Heidi Klum: I’m sure Heidi has worn this Redemption dress before.  There is a strong feeling of deja vu about this look.  I really wish she opted for a blouse-less suit rather than yet another mini.

Noah Cyrus:  Without the name credit on Getty I would’ve never recognised Miley’s younger sister.  Judging this Marc Jacobs Spring 2017 look, I think it is safe to say that the former red head, who is making her own waves in music, appears to share the same stylist as her sister.

Demi Lovato: I have been a huge fan of Demi’s style recently, but this top-to-toe metallic look was overcooked.  There’s too much of one thing going on here. 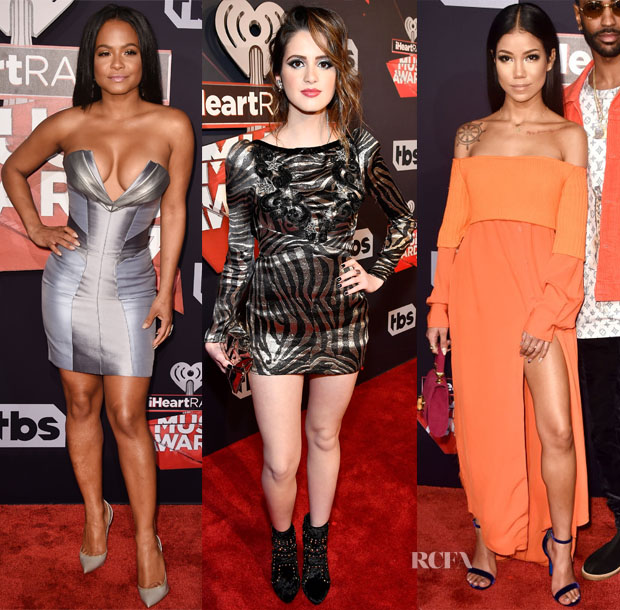 Laura Marano: The young star opted have fun with her look channelling her inner 80s Madonna.

Jhené Aiko: I love the how the DKNY orange look is infused with midnight blue Loriblu sandals, but I don’t think the bag works with this look. 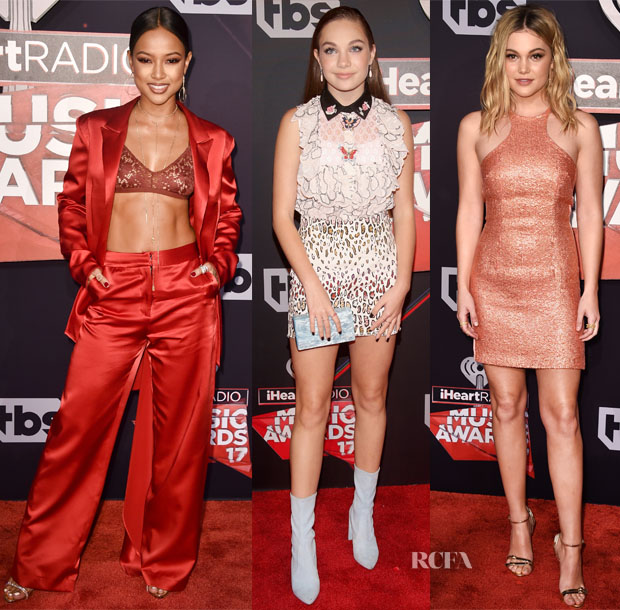 Karrueche Tran: The actress/singer wore an all red Yousef Akbar Resort 2017 look which despite it skin-baring nature and open-back was still one of tamer looks from this red carpet.

Maddie Ziegler: Giamba was made for cuties like Maddie. I love the unexpected pale blue accessories which included an Edie Parker clutch.

Olivia Holt: You can’t go wrong with a Kaufmanfranco mini, as demonstrated by Miss Holt.

GQ Men Of The Year Party