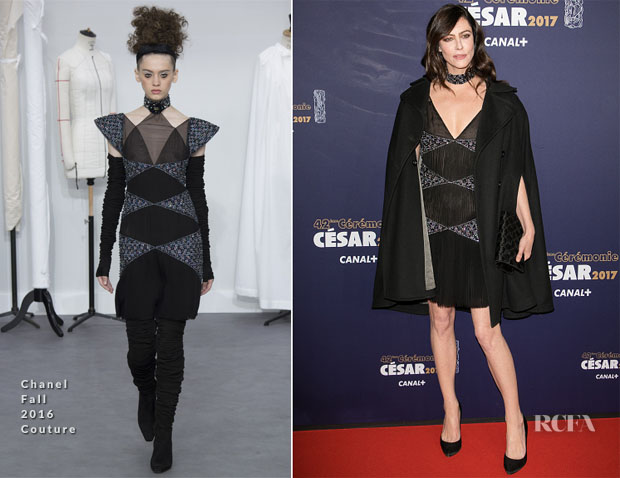 This look had me baffled.

Because if Karl Lagerfeld graced me with a €100,000 Couture dress, the last thing I’m going to do with cover it with a coat.

Especially a dress where its most interesting feature are on the shoulders.

It would be an honour to get frostbite in Chanel Couture.