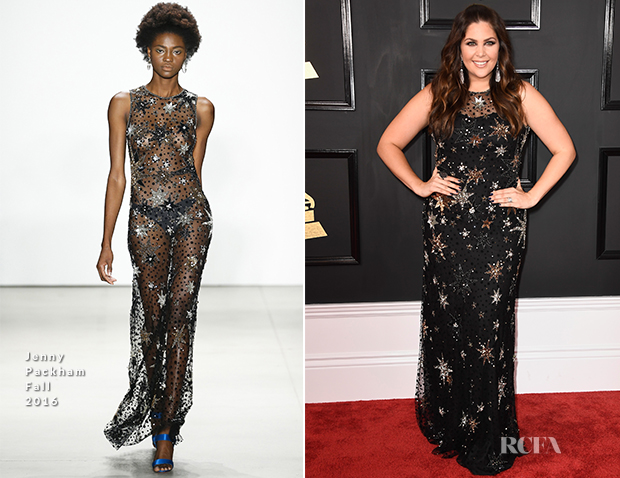 Hillary Scott shone brightly at the 2017 Grammy Awards on Sunday (February 12) in LA.

Sequins were out in full force, and her sparkling Jenny Packham Fall 2016 column gown joined the crowd.

While some stars would have worn these embellished stars as presented on the runway, Hillary opted for a more modest approach by lining the dress which translated perfectly well if less provocatively.

The ensemble likely won’t be as memorable as some other looks of the night, but it still created its own pretty galaxy especially with her romantic, flowing waves.